Yemen | A rise in temperatures with activity of the northeastern winds that raise dust and dust, Monday 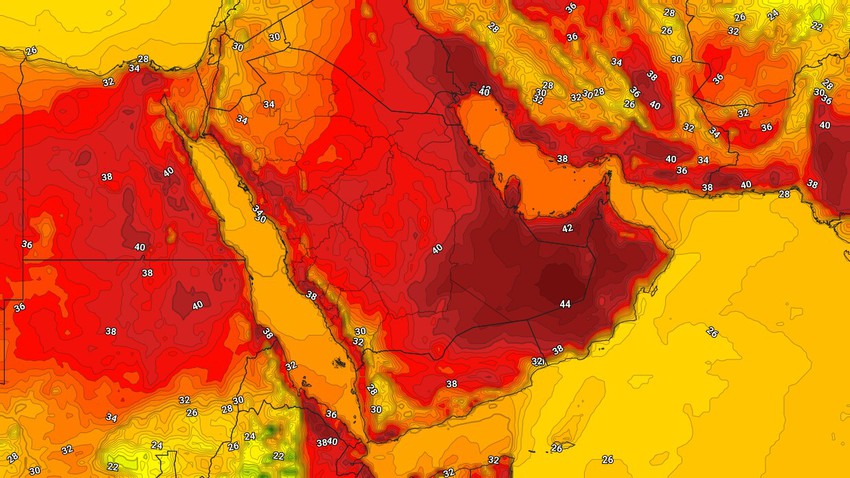 Arab weather - It is expected, God willing, that there will be a rise in temperatures on Monday, and the weather will be moderate in the western mountainous heights, relatively hot in the rest of the highlands, hot to very hot in the rest of the regions, with temperatures exceeding the barrier of forty degrees Celsius in some northern and central regions and touching the 40 degrees in the interior of Aden.

Clouds multiply at different heights, and showers of rain fall on the western heights. The rains are heavy to very heavy at times, which may cause the flow of valleys and form torrents in some areas, especially in the afternoon and afternoon hours, accompanied by the occurrence of thunderstorms and lightning strikes.

Relatively cold weather in the mountainous heights at night

Clouds will continue to appear at different heights, so that the opportunity remains for showers of rain in some areas.

The winds are variable in direction, and light to moderate in speed, active at times and causing dust and light dust, as well as active speed in the Gulf of Aden, causing sea waves to rise.

Jordan - Ministry of Environment: Jordan is affected more than others by climate changes by up to 20%