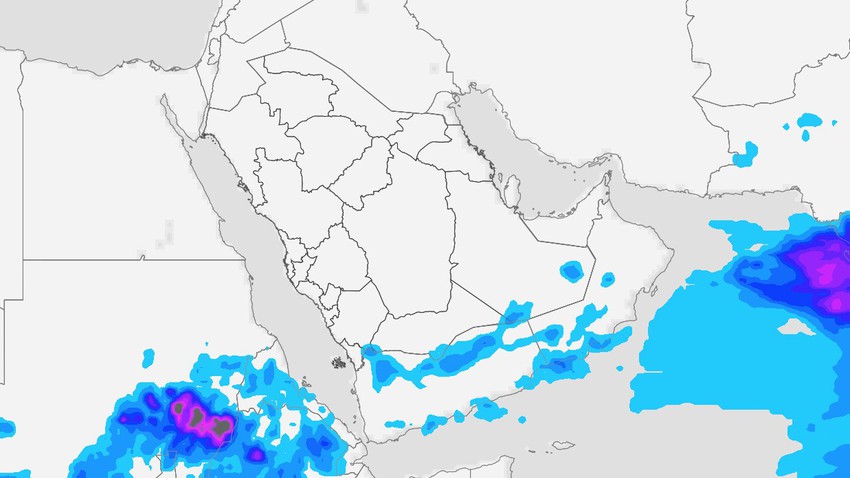 Arab Weather - The weather maps received by the Arab Regional Weather Center indicate that Yemen was affected, as of Thursday morning, with an extension of relatively low air pressure and moist air currents coming from the east, so large amounts of clouds spread at different altitudes, especially medium and high clouds, interspersed with cumulus clouds. Rainy so that there is an opportunity for showers of rain in some northern and western regions.

Thunderstorms widening the rest of Thursday and through Friday

Cumulus and rainy clouds gradually extend for the rest of Thursday and during Friday towards large areas of northern Yemen, especially the areas adjacent to the borders with Saudi Arabia, in addition to the extension of cumulus clouds on the western mountains and the southern coastal strip and the mountains overlooking it.

So that sometimes heavy showers of rain fall, which causes the flow of valleys and the formation of torrents, and the rain is accompanied by the occurrence of lightning and thunder and may form thunderstorms.