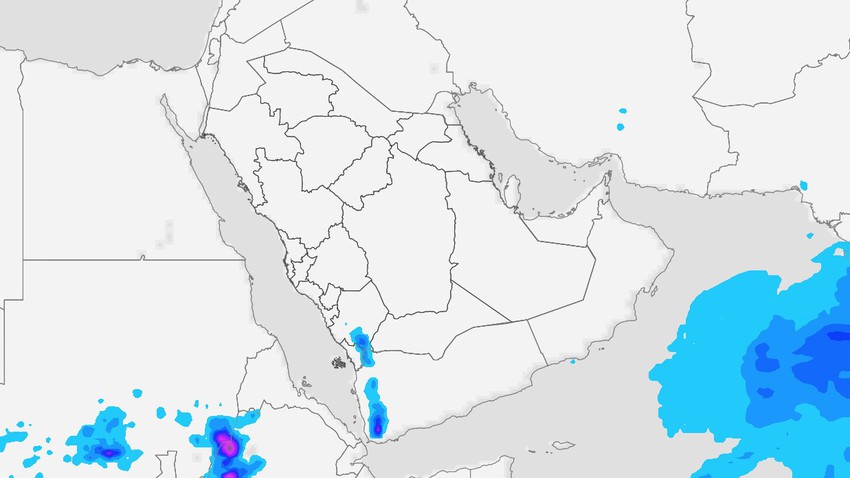 Arab weather - The weather in Yemen on Thursday and during the weekend will be mild in summer in the western regions, and in summer relatively hot in the southern regions, and very hot in the rest of the regions, with temperatures exceeding the barrier of 40 degrees Celsius in a number of regions, with winds blowing north to Northeasterly moderate speed, sometimes active and accompanied by strong gusts of dust and dust. Winds are west to southwestern, moderate to brisk, accompanied by strong gusts on the coasts of the Arabian Sea, causing sea waves to rise and turbulence.

The weather at night during the coming nights will be pleasant to cold in the western mountainous highlands, moderate in the southern regions, and hot in the rest of the regions.

It is expected, God willing, that seasonal local formations will continue on the western mountainous heights, so that cumulus and thunder clouds will form in the coming days on the western mountainous highland chain, which leads to thunderstorms that are not excluded to be heavy, which leads to the formation of torrents and the flow of valleys and a rise in the water level on the roads. .

How to regain your activity and passion for work after vacation