Yemen | Continuous rains are expected in the coming days in many areas, and serious warnings of floods 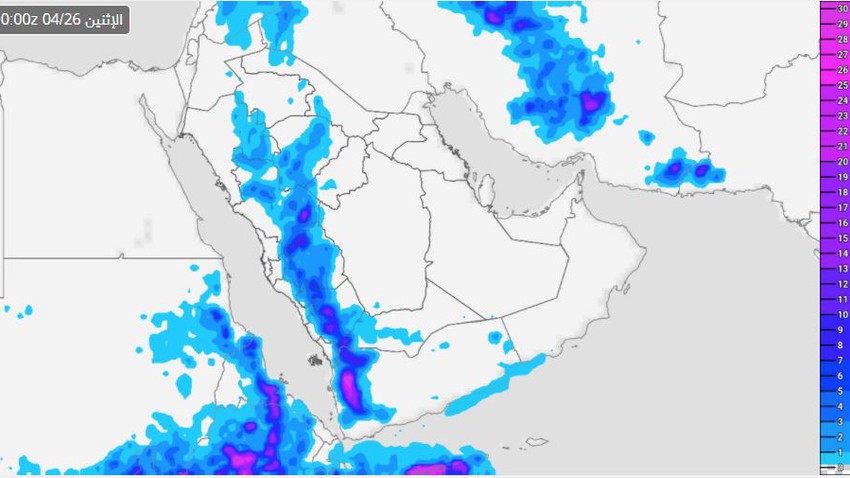 Weather of Arabia - Different parts of Yemen continue to be affected by a state of atmospheric instability, as showers of rain fall in large parts of the country, God willing, as these rains will constitute a strong boost to the rainy season.

Thunderstorm clouds are expected to develop and intensify in many areas, especially on the western mountain range, in addition to the southern mountainous highlands adjacent to the coasts, and in many inland areas.

The precipitation is characterized by high values of "heavy rain per unit time" , and this would also double the risk of torrential formation, valley runoff, and high water levels in the roads.

Winds of moderate to active velocity blow over desert areas, which may stir up dust, and these cumulonimbus clouds are also associated with a clear activity on the speed of the dust-exciting surface winds, so that they will reduce the horizontal visibility.

The waves rise additionally in the Red Sea and the entrance to Bab al-Mandab, which increases the turbulence of the sea and the difficulty of marine activities, while the waves are light to moderate in the southern coasts and the Gulf of Aden.

- Alert of the formation of floods locally in parts of Yemen.

It is advised not to go to the sea or engage in marine activities due to its severe turbulence and high waves along the coast of Yemen.