Yemen faces the problem of water scarcity by harvesting rainwater 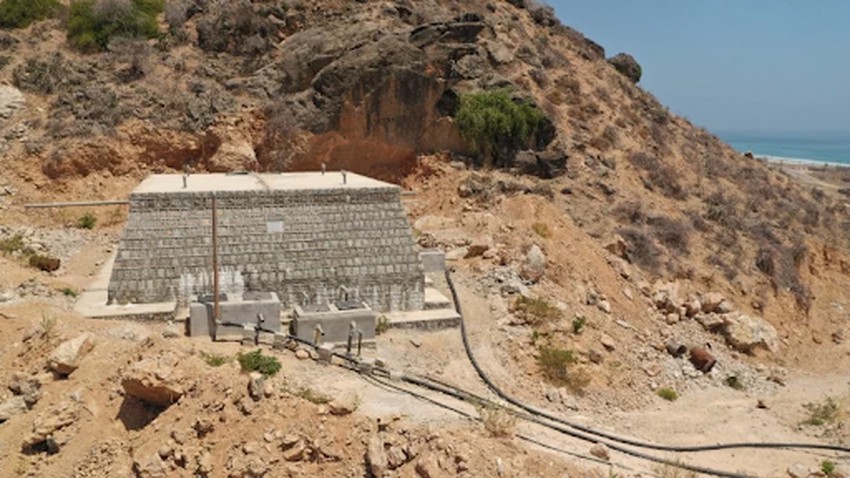 Arab weather - The lack of potable water is the biggest challenge faced by communities that lack basic services such as rural villages across Yemen, so that access to potable water has become a daily work that usually falls on the shoulders of women and children. Families are forced to walk long distances to fetch water from springs.

Yemen is one of the most water-scarce countries in the world, with 18 million people suffering from lack of access to safe water or sanitation, and the provision of safe water is likely to be one of the biggest problems that Yemenis will face in the coming years. To complicate matters further, the conflict has had severe impacts on the water infrastructure.

And the problem of water scarcity worsens with climate change, which leads to reduced and erratic rainfall and disparities in average annual rainfall, which has led to some areas of Yemen already exposed to droughts.

To mitigate the effects of global warming, improve access to potable water and support Yemeni families, the World Bank and its partners worked with local communities to build rainwater harvesting tanks, with the aim of facilitating access to clean drinking water in three villages, namely: “Aden” (Governorate of Ibb), "Al-Anin" (in Dhamar Governorate), and "Houf" (in Al-Mahra Governorate).

As for the tanks in which rainwater is collected from the roofs of buildings and other non-porous surfaces, they are built from stones and materials available in most Yemeni villages. The only things people had to buy were cement to build the inner walls and iron to build the roof of the tank. 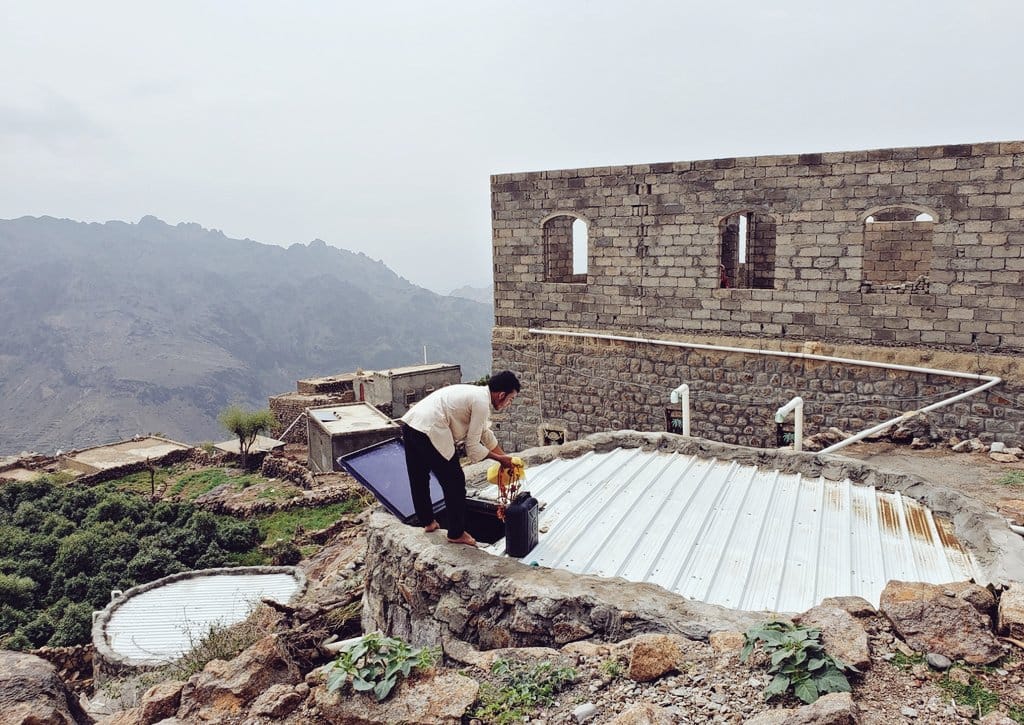 In addition to providing water, the project also creates paid employment opportunities for local citizens who work in the construction of reservoirs.

“The cash-for-work program was an incentive for us to start building home rainwater harvesting tanks, we no longer waste money on buying water from tanker trucks, but most importantly, I am happy that My children will no longer stop going to school to fetch water."

For his part, "Mohammed Jubran", a former member of the local council of the "Wasab Al-Aali" district (Dhamar governorate), said that the water scarcity that the area suffers from has begun to undermine the local social structure. "Water is often fetched from springs at least an hour and a half away from the village. Children carry plastic water bowls over their heads, which places a heavy physical and mental burden on them," he added. However, because this task is often done twice a day, the number of hours it takes causes many to stop going to school. This has forced many residents to move to the outskirts of the cities.

"But now clean water is close to our homes. This has allowed many children, especially girls, to go back to school and continue their studies."

The project brought a smile back to the presence of people

Another benefit of household rainwater harvesting tanks is that they have enabled communities to collect rainwater in large quantities and store it in tanks for future use instead of relying on polluted public water harvesting pools.

Yasser Jamaan, responsible for water and environmental projects at the Social Fund for Development in the neighboring governorate of Al-Mahra, says: “The people in Hawf were suffering a lot from water scarcity. This suffering increased due to the high prices of water tankers, and the result was that many families were unable to afford this. The choice, but the construction of public rainwater harvesting tanks brought smiles back to people's faces."

Ali Bakrit, a 41-year-old resident of Hawf District, added: "Sometimes we used to stay for days without water, but the problem is over. What we are in now is a dream that has come true."

The water conservation projects come within the framework of the Yemen Emergency Crisis Response Project of the International Development Association, which is implemented by the United Nations Development Program in partnership with the Social Fund for Development and the Public Works Project in Yemen. So far, the project has supported the construction of 1279 public rainwater harvesting tanks and 30,686 domestic water tanks across Yemen, providing nearly 900,000 cubic meters of clean water .

The World Bank is also supporting large-scale efforts to improve access to water and sanitation for millions of people in Yemen through similar partnerships with United Nations agencies such as the United Nations Development Programme, UNICEF, the United Nations Office for Project Services, and the World Health Organization.

As for the Integrated Urban Services Emergency Project in Yemen, which covers 16 urban areas, it rehabilitated one of the water supply systems in addition to the rehabilitation of 113 wells , allowing access to water and sanitation for more than 1.1 million Yemenis . Moreover, through this project, eight solar PV systems were installed for water wells used for municipal purposes, in addition to the installation of 40 solar PV systems for water wells in rural communities.