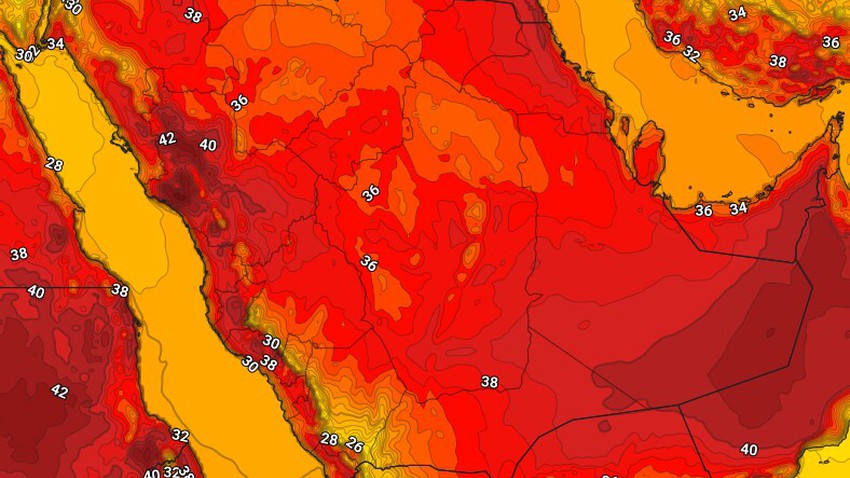 Arab weather - God willing, the weather is expected to be mild in the western mountainous heights, moderate to relatively hot in the rest of the highlands, hot to very hot in the rest of the regions, with temperatures exceeding the barrier of forty degrees Celsius in some northern and central regions and touching 40 degrees in the interior of Aden .

The humid tropical air currents continue to flow, so that clouds appear at different altitudes, and showers of rain gradually fall on parts of the western and southern highlands, with a decrease in intensity compared to previous days, so that the rains are of varying intensity in total.

The winds will be northeasterly to variable direction of moderate speed, active at times and working by raising dust and light dust, and causing waves to rise on the shores of the Red Sea and the Arabian Sea.

An additional decrease in the chances of rain at night

Clouds continue to appear at different altitudes, chances of precipitation decline and the weather stabilizes in most areas, while remaining available for some periods.

The winds are variable, light to moderate in speed, sometimes active in some areas.