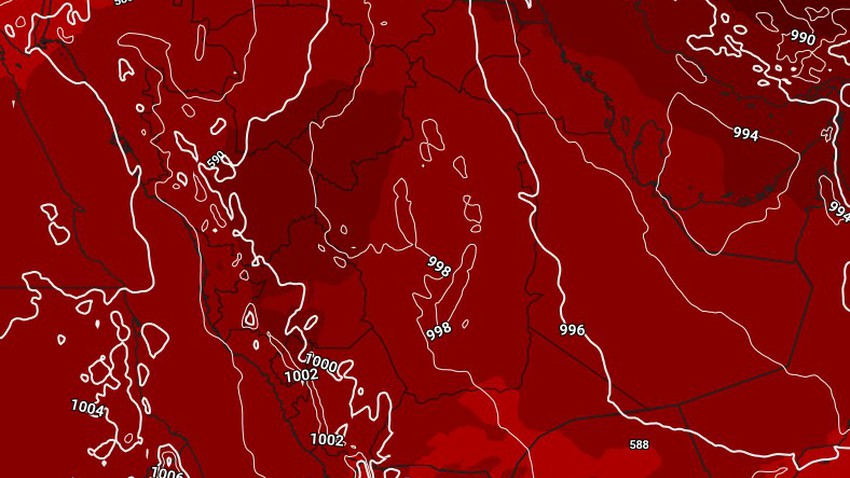 Arab weather - the weather on Tuesday remains moderate in the western mountainous heights, relatively hot in the southern regions, and very hot in the rest of the regions, with the appearance of clouds at different heights and thunderstorms of rain falling on parts of the western highlands, and the winds are north to northeasterly moderate. The speed is active sometimes and is loaded with a percentage of dust, and the winds are southwesterly active, with strong gusts on the coastal areas of the Arabian Sea, causing waves to rise.

Hot weather in some areas at night

Temperatures drop at night, and the weather is pleasant to cold in the western mountainous highlands, and moderate to relatively hot in the rest of the regions, with fog forming in parts of the eastern coastal areas, and the winds are volatile and light to moderate in speed.