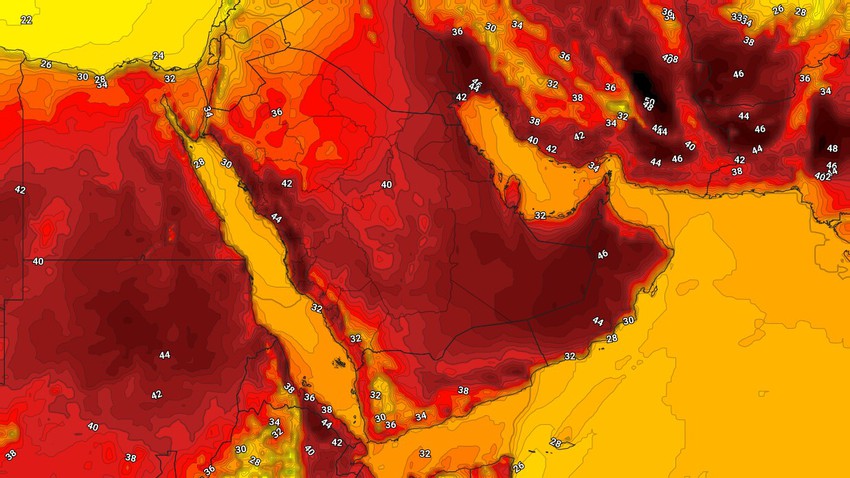 Arab weather - the weather on Friday is mild in summer in the western regions, and in summer is relatively hot in the southern regions, and very hot in the rest of the regions, with temperatures exceeding the barrier of 40 degrees Celsius in a number of regions, and amounts of clouds appear at different altitudes, with precipitation Thunder showers of rain on the western highlands chain, and the rains are of varying intensity, and heavy at times, which causes the formation of torrential rain, with northerly to northeasterly moderate winds, sometimes active and accompanied by strong blows that raise dust and dust, and the winds are west to southwest, moderate to active. The speed and accompanied by strong gusts on the coasts of the Arabian Sea cause a rise and turbulence of the sea waves.

Nice weather in the western highlands at night

The weather during the night hours during the coming nights will be pleasant to cold in the western mountainous heights, temperate in the southern regions, and hot in the rest of the regions, and the winds will be variable in direction and light to moderate in speed.