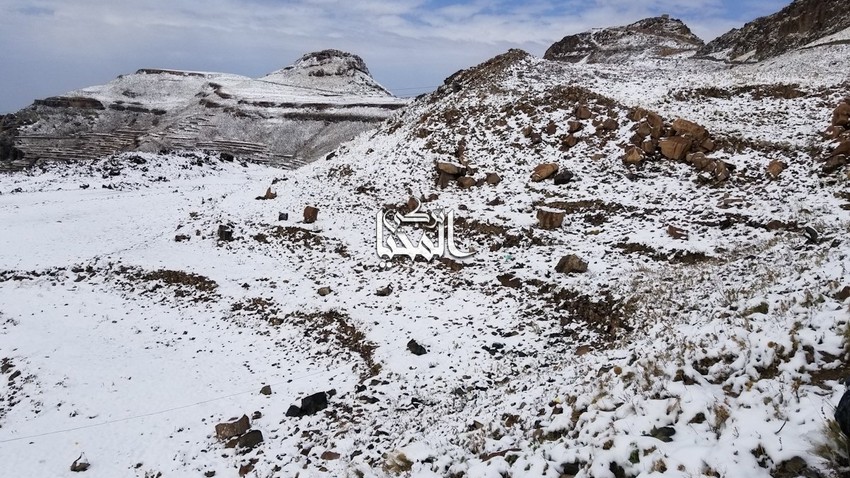 Arab Weather - Sinan Khalaf - The heights of Jabal al-Nabi Shuaib in the Yemeni capital, Sanaa, witnessed unusual snowfall on Tuesday morning, and the mountain appeared in white, clear and clear to the onlookers.

This rare snowfall comes as a result of the area being affected by an upper air depression accompanied by a cold air mass, which worked on the formation of clouds and rain and snow fell on the Yemeni capital Sana'a, and it is mentioned here that the summit of Jabal al-Nabi Shuaib is considered the highest mountain peak in the Arab world, with a height of 3670 m above sea level .

Watch the photos - Sana'a snows with the lens of the grandparents ... a memory for our generations and future generations, from here