Yemen | Relatively hot weather in many areas, and chances of rain continue in the western mountains on Thursday 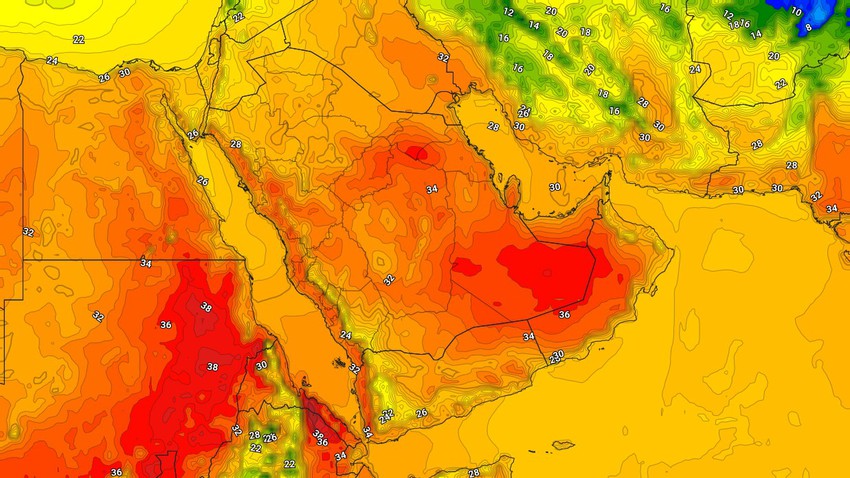 Clouds appear at medium and low altitudes, with local showers of rain falling on parts of the western mountainous highlands, heavy rain sometimes.

The winds will be easterly light to moderate in speed, active at times in some areas and working to raise dust and dust. They are also southwesterly active in speed in the Bab al-Mandab Strait, and cause waves to rise.

Cold weather in the western mountains at night

Temperatures drop at night, and the weather is relatively cold to cold in the western mountainous highlands, pleasant to moderate in the rest of the regions, tending to cool over some parts at late night hours and dawn.

Clouds will continue to appear at medium and low altitudes over some areas, and sporadic showers of rain are possible in some areas, especially the western mountainous heights.

The easterly winds are light to moderate in speed, sometimes active in some areas, and are dusty and dusty, while active speed continues in the Bab al-Mandab Strait, causing waves to rise.