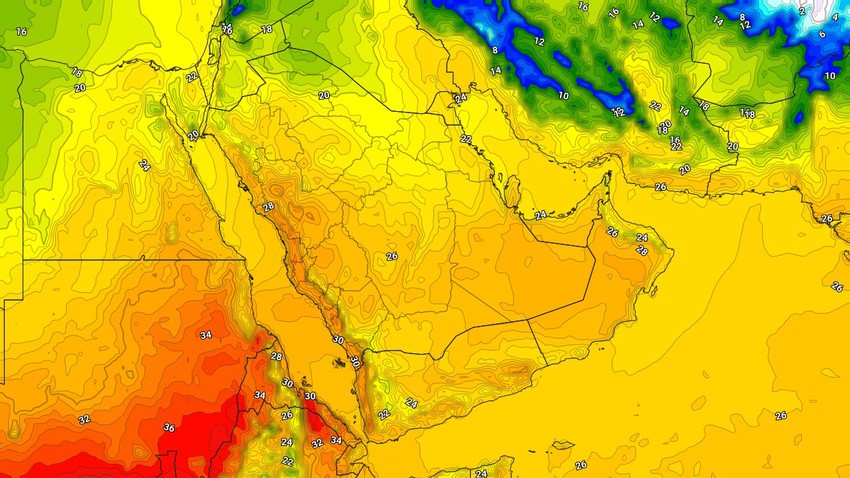 Arab weather - It is expected, God willing, that there will be a slight decrease in temperatures, and the weather will be pleasant in the western mountainous heights on Tuesday, while it will be pleasant to moderate in the rest of the regions, especially above the southern mountainous heights, tends to heat during the afternoon and afternoon hours over some areas. When it is relatively hot in the coasts of the Red Sea.

With the appearance of medium and low clouds, especially in the western mountainous heights and southern coastal areas.

The winds will be northeast to southeasterly, light to moderate in speed, energizing at times and accompanied by strong gusts, especially over the Bab al-Mandab strait.

The appearance of medium and low clouds continues, coinciding with the crossing of low clouds that lead to the formation of fog over the southern mountainous heights.

The winds are variable, light to moderate in direction, sometimes active in some areas, especially in the Bab al-Mandab Strait, and work to increase the feeling of cold.