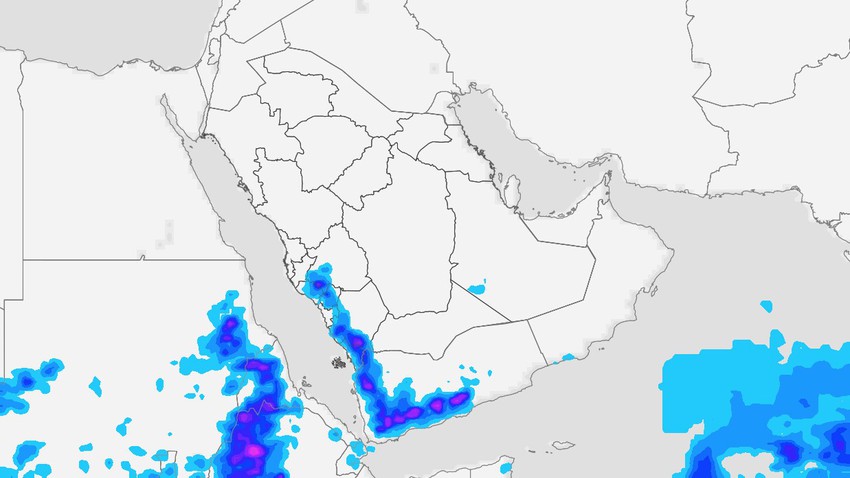 Clouds multiply at different altitudes, and heavy showers of rain fall on the western and southern highlands. The rains are heavy to very heavy, accompanied by strong thunderstorms and lightning strikes, which leads to the formation of torrents, valleys running and rising water levels.

The winds are volatile easterly, moderate to active, and accompanied by strong gusts that stir up dust and dust, and are loaded with a percentage of dust, and the winds are westerly active at speed on the southern coastal areas, causing the waves of the Arabian Sea to rise.

Clouds continue to appear at different heights, so that showers of rain fall on the mountainous heights, the rains are heavy to very heavy in some periods, which leads to the continuation of the flow of valleys and the formation of torrents.

The winds are variable in direction and light to moderate in speed, sometimes active over some areas and causing dust and dust.

Stay away from valleys and streams.

Pay attention to the danger of torrential rains and high water levels on the roads.