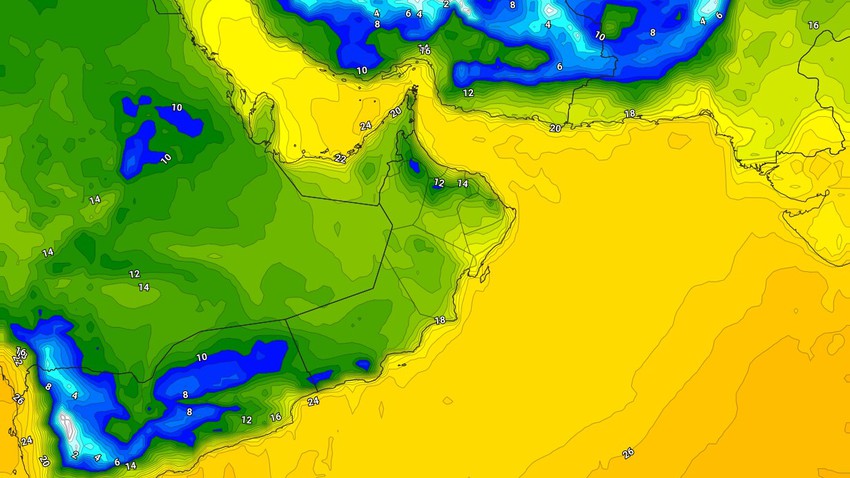 Arab Weather - An air altitude rushes towards the south of the Arabian Peninsula during the middle and end of this week, and this air height is accompanied by a cold air mass in the lower air layers that work at a decrease in temperatures throughout the Arabian Peninsula.

The effects of the cold air mass reach Yemen at the end of the week, as temperatures drop in the governorates of Al-Mahra, Hadramawt, Shabwa, Marib and Al-Jawf, and reaching the capital, Sana'a, where these areas record temperatures touching zero degrees Celsius, and during the day cold weather prevails with temperatures below twenty percentage.

And the effects of the cold bloc will continue throughout Yemen until next week.