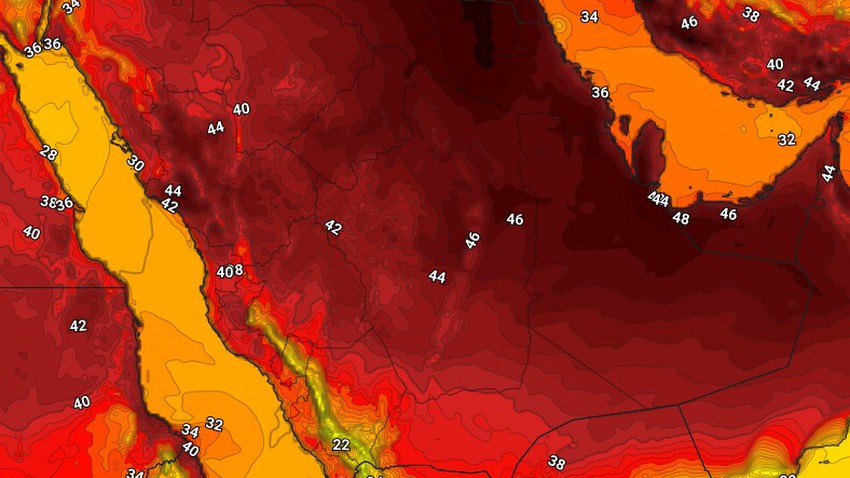 Arab weather - God willing, the weather in Yemen on Monday is expected to be pleasant to moderate in the mountainous heights, hot to very hot in the rest of the regions, with temperatures approaching the 40 degrees Celsius barrier in some northern and central regions, with the appearance of clouds at different altitudes, and precipitation Thunder showers of rain over the western mountainous heights, the rains are of varying intensity, and heavy at times, causing torrential rains and the flow of valleys and raising the water level on the roads.

The winds will be variable in direction and moderate to active speed, accompanied by strong gusts that raise dust and dust in some areas, and are westerly active in speed and accompanied by strong gusts that cause the waves of the Arabian Sea to rise and turbulence on the coasts of Yemen, bringing the wave height to more than 2 meters, and includes including: That is Mukalla.

Relatively cold weather in the western highlands on Monday/Tuesday night

The winds are southerly to variable direction, and moderate in speed, energizing at times.