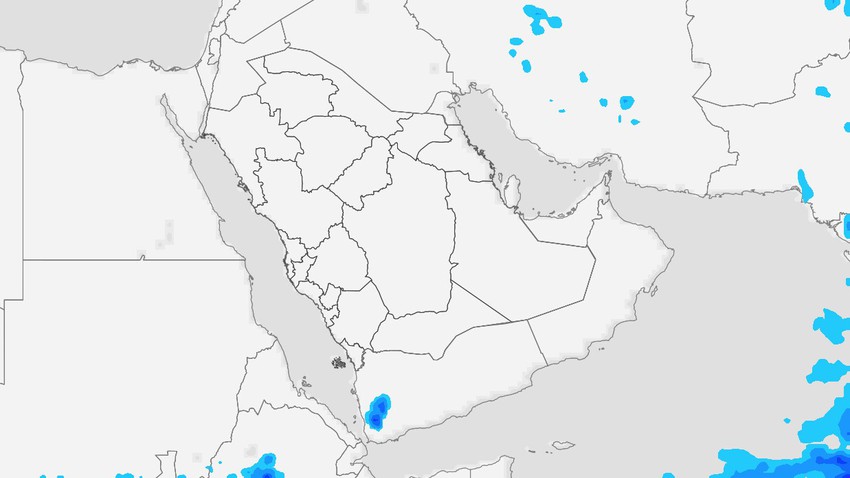 Arab Weather - The weather on Tuesday in Yemen will be warm in the western mountainous highlands, and hot to very hot in the rest of the regions, with temperatures in some parts exceeding the forty-degree barrier, with clouds appearing at medium and high altitudes and there is a possibility of thunderstorms of rain in the mountainous heights The winds are fluctuating in direction and light to moderate in speed, and are active in the mountainous heights.

Temperatures drop at night, and the weather is gentle in the western mountainous highlands, and relatively warm to hot in the rest of the regions, with clouds appearing at medium and high altitudes and the opportunity remains weakly prepared for showers of rain in parts of the western highlands, and fog forms in some southern regions Eastern winds, with fluctuating direction and light to moderate speed, are active sometimes in some areas.