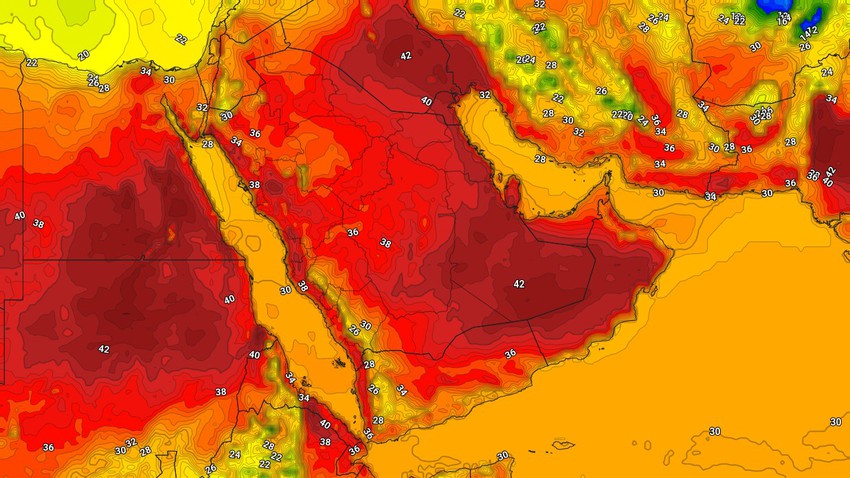 Arab Weather - There is an increase in temperatures on Monday, and the weather is warm in the mountainous heights, and hot to very hot in the rest of the regions, especially in the northeastern regions. Temperatures record forty levels in those areas, and quantities of clouds appear at different heights and showers of rain The rains in the western mountainous highlands may extend towards some of the southern highlands, and the rains will be of varying intensity and sometimes heavy and accompanied by the occurrence of thunderstorms, and the winds will be east to southeasterly moderate to brisk.

Also, the weather is pleasant at night in the mountainous heights, tends to be cold over the western mountain heights, but it will be relatively warm to hot in the rest of the regions, and the winds are fluctuating in direction and light to moderate in speed, sometimes active in some areas, especially after the middle of the night, with fog forming in parts Scattered from the southern highlands.