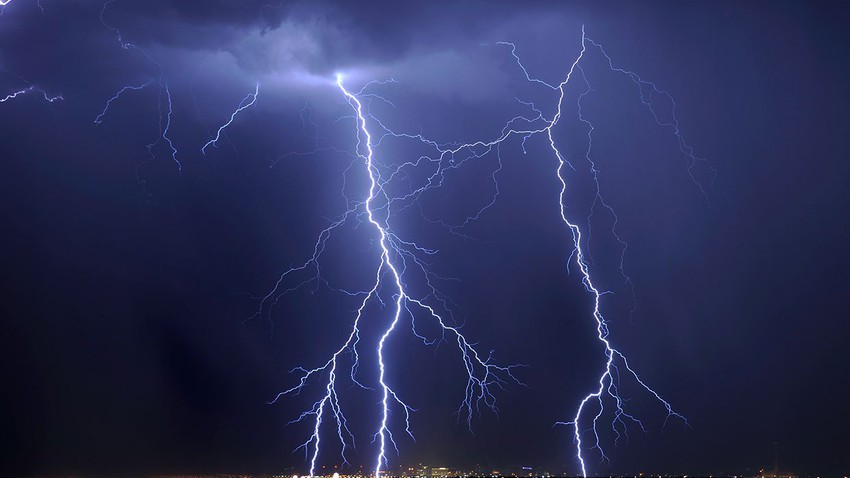 Arab Weather - 3 people from one family in Yemen (the father and his two daughters) died due to a thunderbolt that hit their straw house in Hodeidah governorate, while the mother was injured and two other children of the family survived.

Informed sources reported that the father and his two daughters died after suffering burns, while the mother was hospitalized due to being struck by lightning before Sunday afternoon, according to Yemeni local media.

And those sources indicated that a 40-day-old child suffers from difficulty breathing due to smoke inhalation.

A woman and her daughter died; As a result of lightning strike in one of the regions of Taiz Governorate, after the death of two others as a result of thunderbolts in the same area.