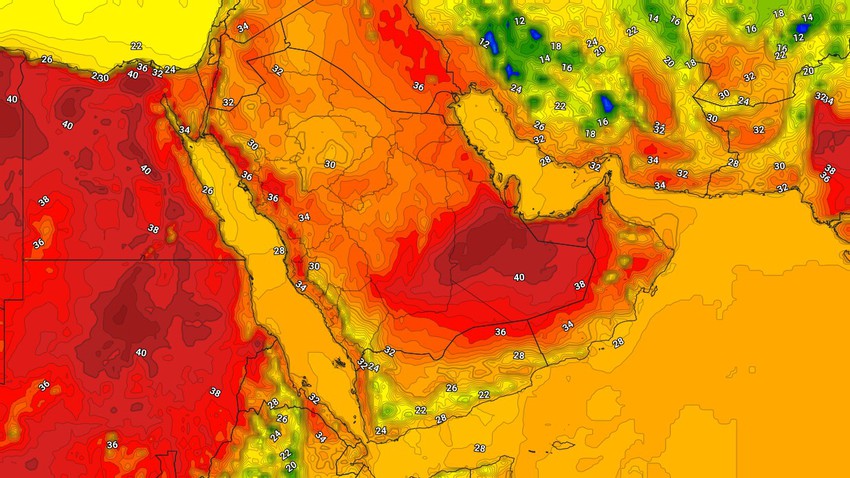 Arab Weather - The weather is expected to be moderate on Monday in the coastal areas and mountain heights overlooking the Arabian Sea, gentle in the western mountainous heights overlooking the Red Sea, and hot in the rest of the regions, and clouds appear at different heights and thunderstorms of rain fall on the western mountain heights and the heights Overlooking the Arabian Sea in addition to the coasts of the Arabian Sea, and the rains are of varying intensity and sometimes abundant in some areas, and the winds are fluctuating in direction and light to moderate in speed, activating sometimes within the influence of thunderstorms.

The weather at night hours is relatively cold over the western highlands, and mild to moderate in the rest of the regions, and the opportunity remains ready for showers of rain in some areas, and the winds are fluctuating and light to moderate in speed, and they are southerly moderate in speed and accompanied by active gusts in the northern regions. .