Yemen | Thunderstorm clouds continued to rain in some areas on Tuesday 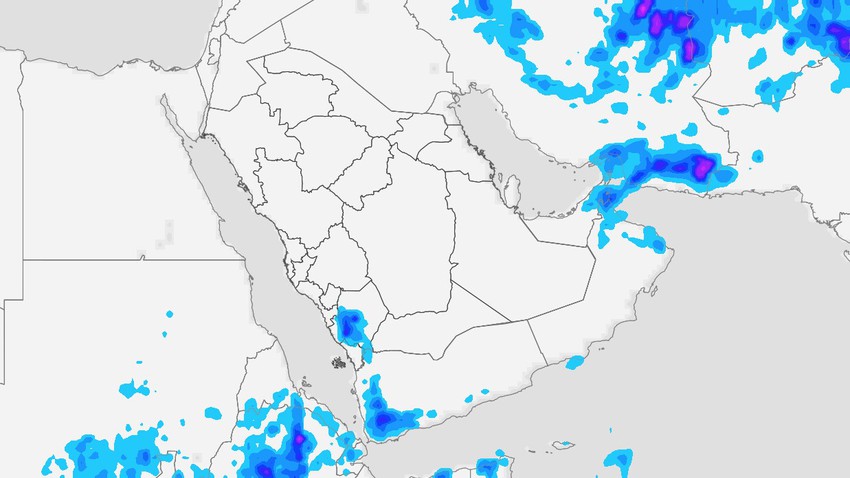 Arab Weather - The weather on Tuesday will be relatively hot in the coasts overlooking the Red Sea, warm in the coasts and highlands overlooking the Arabian Sea, pleasant in the western highlands, and relatively hot in the rest of the regions, and quantities of clouds appear at different heights, and thunderstorms of rain fall in Random parts are concentrated on the western mountains and the coasts of the Arabian Sea, and the rains are of varying intensity and sometimes abundant.

The weather is also warm during the night hours over the northern and central regions and the coasts of the Red Sea, and pleasant in the heights overlooking the Arabian Sea, and relatively cold over the western heights with a great rise in humidity levels, and low clouds crossing over the surface of the earth work to form dense fog over the overlooking heights. On the Arabian Sea, which causes a low and lack of horizontal visibility, and the opportunity remains poorly prepared for limited showers of rain in some areas.