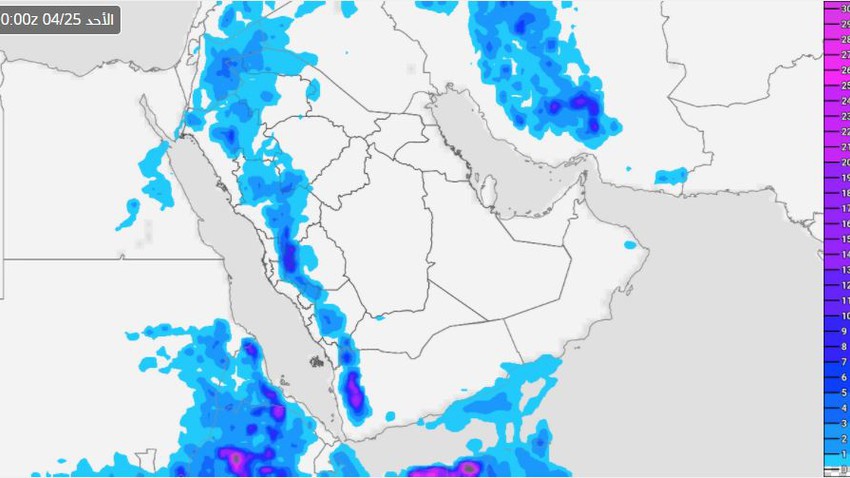 Weather of Arabia - The western regions of Yemen are increasingly affected by unstable weather conditions at the end of the week, resulting in the proliferation of cumulus clouds and the renewal of the chances of rain that may be heavy at times and lead to the formation of floods.

The intensity of thunderstorms increases, especially during the hours of the night on a daily basis, accompanied by heavy thunderstorms sometimes, and it is not unlikely that thunderstorms will explode in some areas associated with activity in the speed of winds that are exciting dust and dust.

Partial disturbance in the coasts of the Red Sea

Waves additional rise in the Red Sea and the entrance to Bab al-Mandab, which increases the turbulence of the sea and the difficulty of marine activities, while the waves are light in the southern coasts and the Gulf of Aden.