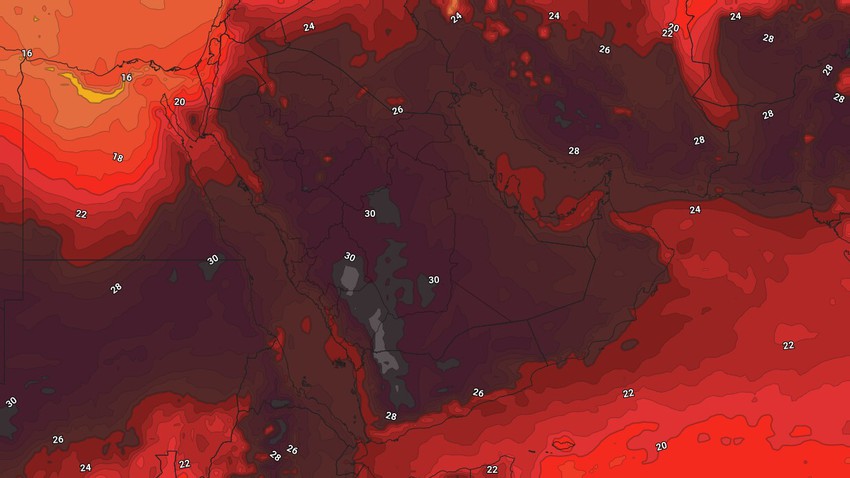 Weather of Arabia - The weather on Tuesday in Yemen will be relatively hot in the highlands of the southern coast, moderate in the western highlands, and hot to very hot in the rest of the regions, and clouds appear at medium and high altitudes and thunderstorms of rain fall in the western mountain range.

And in the Gulf of the Arabian Sea:
• Sea condition: calm to rough in the eastern part of the beach (0.1 / 0.9m).
Sea water surface temperature (30) degrees Celsius.

Temperatures drop at night, and the weather is cool in the western mountainous highlands, moderate in the southern highlands, and relatively warm to hot in the rest of the regions, and clouds appear at medium and high altitudes so that there is a possibility of showers of rain in limited parts, and the winds are volatile and light to Moderate speed is sometimes active in some areas.