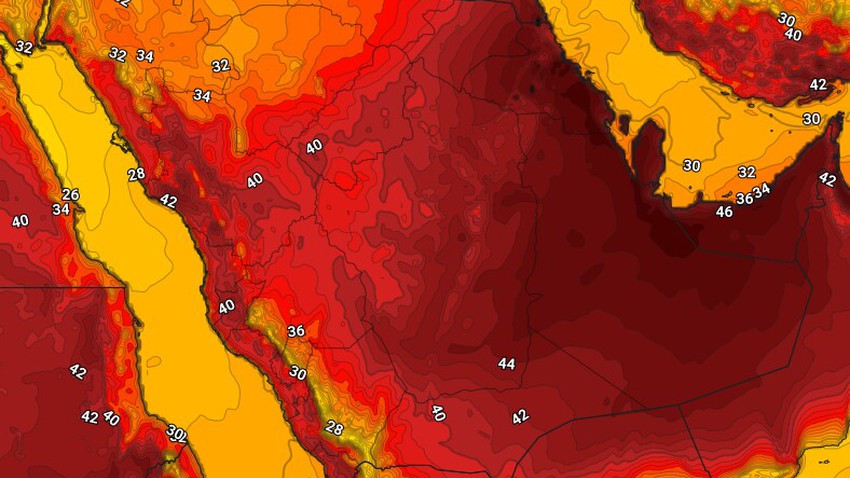 Arab Weather - The weather on Tuesday in Yemen remains warm in the western mountainous highlands, and hot to very hot in the rest of the regions, so that temperatures in some parts exceed the forty-degree barrier, with the appearance of clouds at medium and high altitudes and the possibility of thunder showers of rain in the highlands West mountainous and thunder clouds are accompanied by descending winds that cause dust and dust, and the winds are fluctuating in direction and moderate to active speed, especially in the mountainous heights.

The weather in Yemen is Tuesday / Wednesday night

Temperatures drop at night, and the weather is pleasant in the western mountainous highlands, and relatively warm to hot in the rest of the regions, with the appearance of clouds at low altitudes and touching the surface of the earth working to form fog in the highlands of the southern coast, and the winds are fluctuating in direction and light to moderate speed is active sometimes in Some areas.