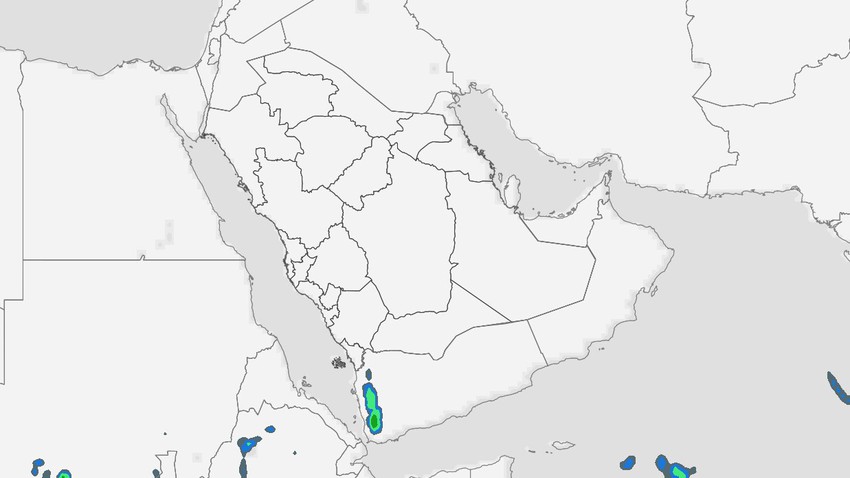 Arab Weather - The latest output of the numerical weather models processed by the Air Operations Department at the Arab Regional Weather Center indicates that the weather continues to be pleasant to cold in the western mountainous highlands, while it is moderate in the rest of the highlands, tending to heat in the afternoon and afternoon hours, relatively hot to hot in the rest Areas throughout the current week with a retreat in the intensity of thunder clouds and a return to their readiness in the second half of the week.

Temperatures in the early 20s degrees Celsius in the western highlands

Thunderstorms return in the second half of the week

The flow of moist tropical air currents declines in the various layers of the atmosphere, especially the structural layers of the atmosphere, but clouds continue to appear at medium and high altitudes, and daily showers of rain fall gradually on parts of the western and southern highlands. Sometimes, this causes the flow of valleys and the formation of some torrents in some areas, especially in the afternoon and afternoon hours during the second half of the week.

Northeast winds continue to fluctuate in direction, have moderate speed, are active in some areas, especially the western mountainous heights, and are accompanied by strong gusts exceeding the 50 km/hour barrier, sometimes causing dust and dust.

Relatively cool to cold nights in the mountains

Temperatures drop at night during weeknights, and the weather is relatively cold to cold in the western mountainous highlands, pleasant to moderate in the rest of the regions, tending to cool over some areas during the late night hours.

Yemen | A slight rise in temperatures on the first day of the winter climatic season, Wednesday

Yemen | Cold weather in the western highlands on Tuesday, with the activity of the northeast winds continuing