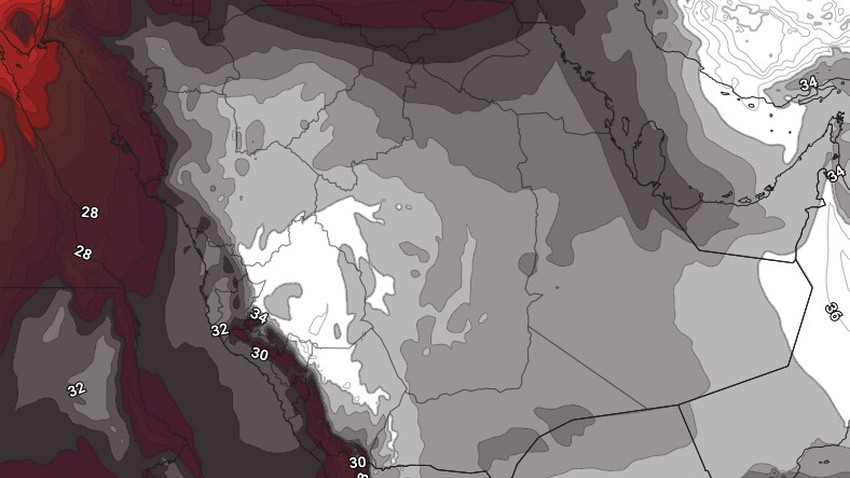 Arab weather - according to the latest outputs of the numerical models, it is expected that the weather in Yemen throughout the week will be mild summer to normal summer in the western regions, and summer is relatively hot in the southern regions, and summer is hot to very hot in the rest of the regions, with temperatures exceeding the barrier of 40 degrees Celsius In some areas, with the appearance of clouds at different heights, and the blowing of southwesterly moderate to brisk winds on the coastal areas and accompanied by strong flashes that cause waves to rise on the shores of the Arabian Sea to make the sea raging, while the rest of the country is exposed to moderate northerly to northeasterly winds The activity of speed and accompanied by strong flashes that cause dust and dust to be raised.

Chances of thunderstorms continue in the western mountainous heights

It is expected, God willing, that chances of thunder rain will continue in parts of the western mountainous heights, and the rains will be of varying intensity and are accompanied by the occurrence of thunderstorms sometimes.

Yemen | Intensification of cumulus thunderstorms in the western highlands on Wednesday