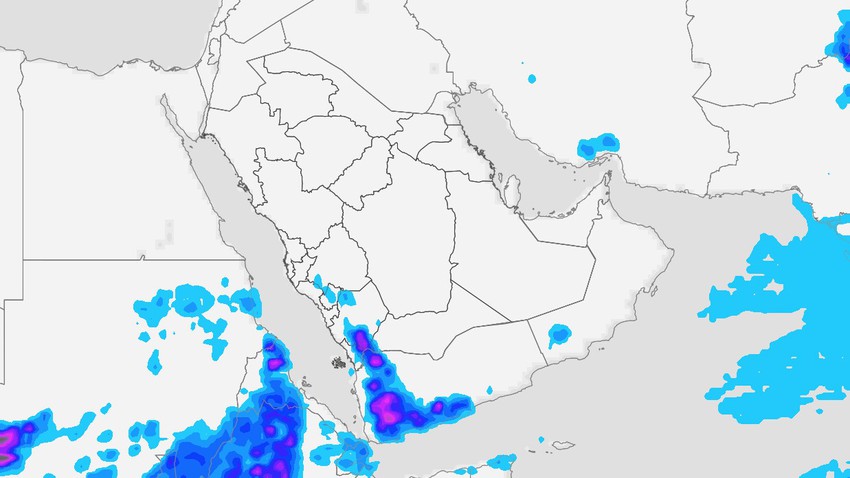 Weather of the Arabs - God willing, the weather in Yemen is expected throughout the week to be moderate in the high mountainous heights, especially the western ones, while it is very hot in the rest of the regions so that the temperatures will be at forty levels, with the appearance of clouds at different heights and north to northwest winds Moderate to active speed, accompanied by strong gusts that cause dust and dust in a number of areas, and are laden with dust. The winds are westerly active at speed and accompanied by strong gusts on the shores of the Arabian Sea, causing waves to rise and turbulence.

The weather during the night hours tends to be cold to relatively cold over the high mountainous heights, especially the western ones, and relatively hot in the rest of the regions.

Unstable weather and warning of torrential torrents in some areas

It is expected, God willing, that the flow of humid tropical air currents in the various layers of the atmosphere, so that an intensification of cumulus thunderclouds occurs throughout the days of the current week, which leads to heavy thundershowers of rain on the western highlands and parts of the southern highlands. It is accompanied by hail showers, which causes the flow of valleys and the formation of torrential torrents, and the rise of water levels in roads, valleys and torrents.