300 thousand km of the area of Iraq under the influence of a dense and wide dust wave, and Kuwait and the Persian Gulf Basin are the next destination 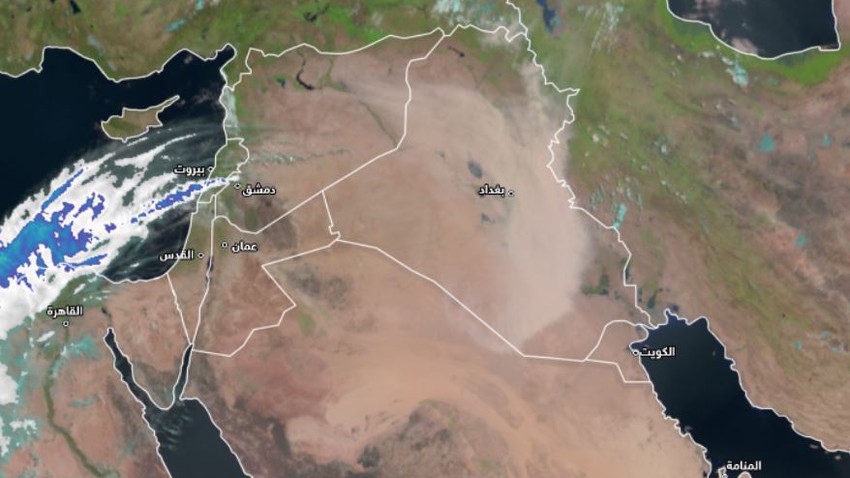 Arab Weather - Direct satellite images that were received and processed at the Arab Weather Center indicated that an area of about 300,000 square kilometers of Iraq's area is covered by a dense and wide wave of dust amid almost a lack of horizontal visibility in its areas of influence. The same images showed a gradual movement of the dust mass towards the south and southeast, to affect, during the next few hours, the northern eastern region of Saudi Arabia, including Hafr Al-Batin, in addition to many parts of Kuwait, provided that it extends to the north of the Riyadh region administratively with the night hours, God willing.

Weather forecasters in Arab weather indicated that the remnants of the effects of the dust wave will affect parts of the capital, Riyadh, the eastern region of Saudi Arabia, in addition to the Persian Gulf basin, including Qatar and Bahrain, on Tuesday, God willing. Coinciding with a rise in sea waves in light of the activity of wind speed.

Kuwait - update at 1:40 pm | An increase in dust rates and a decrease in horizontal visibility in many areas