After forest fires in Algeria, warning of unprecedented floods in several states 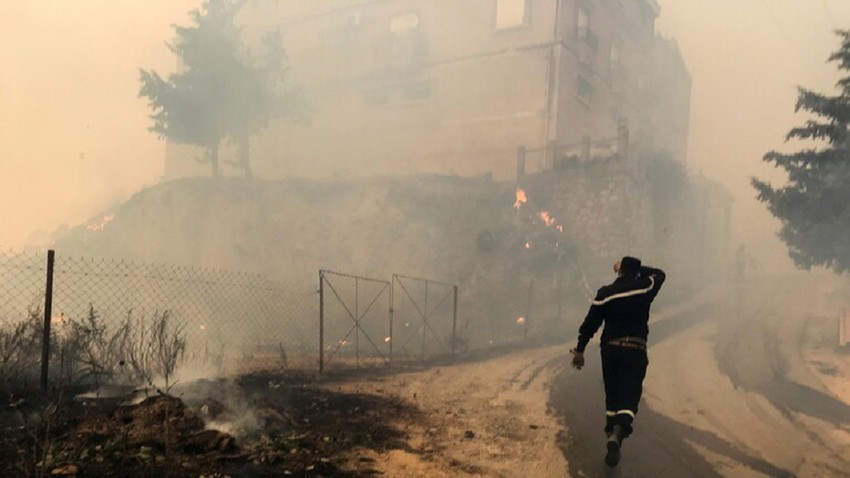 Weather of Arabia - Risk specialists have warned of the possibility of "unprecedented floods" that may follow forest fires in a number of Algerian states, if the government does not take proactive measures and measures to limit the effects of this, especially since it is not possible to stop the power of water after the burning of vegetation cover.

The Algerian newspaper Al-Shorouk quoted the expert in major risks and the former head of the Architectural Experts Association, Abdelhamid Boudaoud, as saying: "Extinguishing the fires does not mean that the country has won and everyone returns to their place. On the contrary, work will start now to do what is necessary to avoid flood disasters caused by Fires in light of the burning of vegetation in the mountains and highlands.

He added: "The authorities should involve the directorates of public works, local communities (municipalities of departments and states) and forest governorates, to start preparation operations in the affected areas, such as laying off canals, bridges and waterways adjacent to roads, reefs and valleys, as they will receive huge amounts of water after the upcoming rains. " .

The expert warned against not rushing to take proactive measures that would add other victims as a result of possible floods in the coming months, in addition to the fire victims, and this is what no Algerian would wish for, so it must act quickly and effectively.

According to Boudaoud, the danger this time is that the fires have spread to large areas so far and may extend to others in the coming weeks, and have reached many states (18 states according to civil protection), such as Kabylia, Jijel, Skikda, Blida, El Tarf and other states.

For his part, the president of the Algerian Association for Emergency Medicine and Disasters, Cordurli Hassine, explained that the removal of vegetation cover by fires, which touched large areas in several states, results in soil erosion and fire remnants, which causes large floods that sweep away all the derivatives and remnants of fires towards cities and villages. Roads, bridges and dams.

"After the fire, we must avoid the drowning," Hassine said, stressing that the authorities must launch a program and an emergency plan (ORSEC), to reduce the potential impact of floods in the areas of forest fires, by involving local communities, public works, forests and even the People's National Army teams that have Some of the mechanisms and capabilities allow to avoid flood disasters and carry out the necessary preparation operations, he told Al-Shorouk newspaper.

According to the spokesman, proactive work also includes dams, especially in the areas of fires, which must be quickly cleaned of silt and mud, and to avoid reducing their level due to the remnants of fires that rain will wash into the dam basins, and therefore, their level will decrease due to the mud and then rain residues, if not Clean it soon.