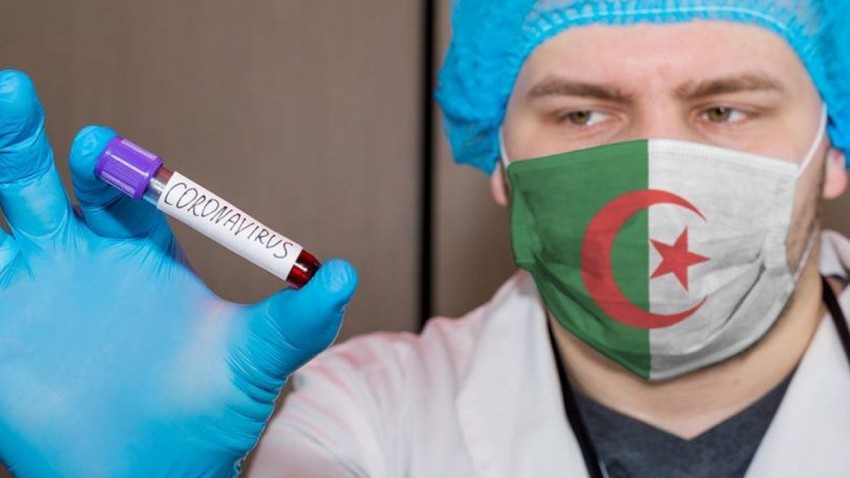 Weather of Arabia - Algeria decided to tighten home quarantine procedures, after the country witnessed, starting from the first week of this month, a large spread of the "delta" mutator, with a rate of 71% among viruses, and the accompanying oxygen crisis in the country's hospitals.

The Pasteur Institute expected that its prevalence rate would reach more than 90% in the coming weeks.

The decision to return to home quarantine came from eight in the evening until six in the morning, by order of President Abdelmadjid Tebboune, during the cabinet meeting held on Sunday.

The catastrophic epidemiological situation and the oxygen crisis

Algerian hospitals are facing a crisis in obtaining oxygen cylinders for Covid-19 patients, so that social media pages have turned into a platform through which families of Covid-19 patients send requests for assistance to obtain oxygen.

In the past 24 hours, Algeria recorded about 20 deaths due to infection with the virus, with 761 patients recovering during the same period, while 46 cases are in intensive care.

Although these numbers seem low compared to many countries that recorded large numbers of injuries and deaths, the mismanagement of human resources and the doctor is what prompts doctors in Algeria to sound the alarm, with the emergence of signs of entering the country in a third wave that is difficult to control.

In the face of this complex scene, the voices of doctors and citizens were raised demanding that the country impose a total stone with the declaration of a state of emergency for two weeks.

The head of the National Union of Professors and University Researchers, Professor Rachid Belhaj, described the epidemiological situation in Algeria as catastrophic, pointing to the need to declare a state of emergency due to the inability of hospitals in Algeria to contain the situation.

For his part, Professor Buqat Barakati stressed that the deterioration of the health situation in this way is a serious matter that the country is experiencing in light of a difficult economic situation, after a kind of reassurance prevailed in the past months with the decrease in the number of injuries, and the easing of quarantine procedures.

Bakat stressed that the increased demand for oxygen reflects the complexity of the cases of the infected, whether they are inside or outside hospitals, and said: "We are facing a very violent third wave, with the spread of different types of viruses that we do not know how to deal with quickly."

Since the beginning of the crisis, Algeria has counted 158,213 confirmed cases, while the number of people who have recovered reached 108,537 people, while the total deaths reached 4,008 cases.

Recently, Algeria has intensified its vaccination campaigns and has recently received 2.4 million doses of the Chinese Sinovac vaccine, bringing the number of doses to six million, including the Sputnik-V, Sinovac and Sinopharma vaccines.