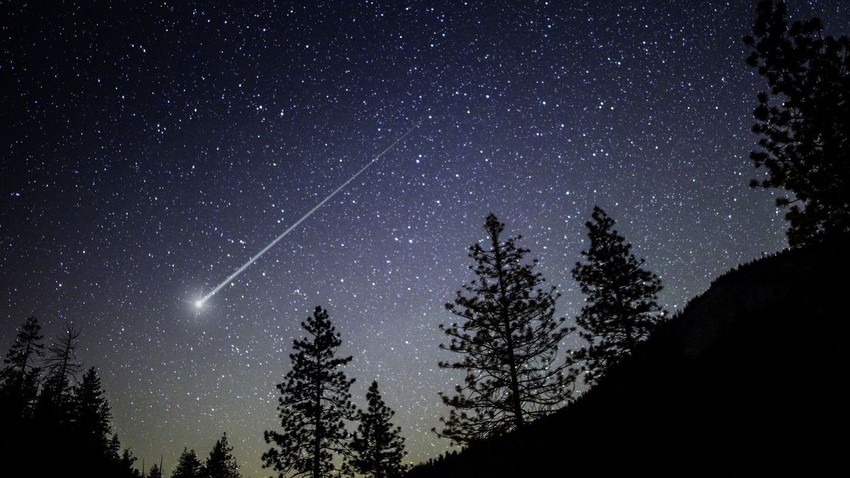 Weather of Arabia - During this month (October) we look forward to two meteor showers decorating our sky, coinciding with the entry of the calm autumn weather, to be an opportunity for amateur astronomers and lovers of astronomical phenomena to enjoy the scene and take pictures.

It is a small meteor shower with about 10 meteors per hour. This phenomenon occurs as a result of the entry of the Earth in the remnants of the dust of the comet Giacobini-Zinner (discovered in 1900), and it enters the Earth's atmosphere and burns in it, to appear in the sky in the form of meteors.

The best time to watch will be when entering the night from a completely dark place away from the city lights, where you see the meteors as if they were coming from the constellation Dracon (the Dragon), which is the reason for its name, but meteors can appear anywhere else in the sky.

Meteors can be seen from any region in the northern hemisphere, but the visibility will be somewhat weak because the moon will be in the first square phase and will block many faint meteors.

Peak of the Orionids Meteor Shower

It is one of the medium meteors, where the number of meteors reaches 20 meteors per hour at the peak, and the Orionids meteors come as a result of entering the Earth in the remnants of the dust of Halley's comet, which enters the Earth's atmosphere and burns in it to appear in the sky in the form of meteors.

The sky will be dark because the moon will be in the length of a thin crescent, which heralds the sighting of a large number of faint meteors as well, and the best viewing will be from a completely dark place away from the city light after midnight, and the meteors will fall as if they came from the constellation Orion, which is the reason for its name. But they can appear anywhere else in the sky, and meteors can be seen from any region of the world.

More: What are meteors? Why does it appear so bright in the sky?

How do you see meteors better?

You don't need any special equipment or a lot of skill to watch the meteor shower, all you really need is a clear sky, a lot of patience, and an interactive sky map to find the direction of meteor rays ( dragon meteor map, orchid meteor map).

Here are some useful meteor-watching tips: