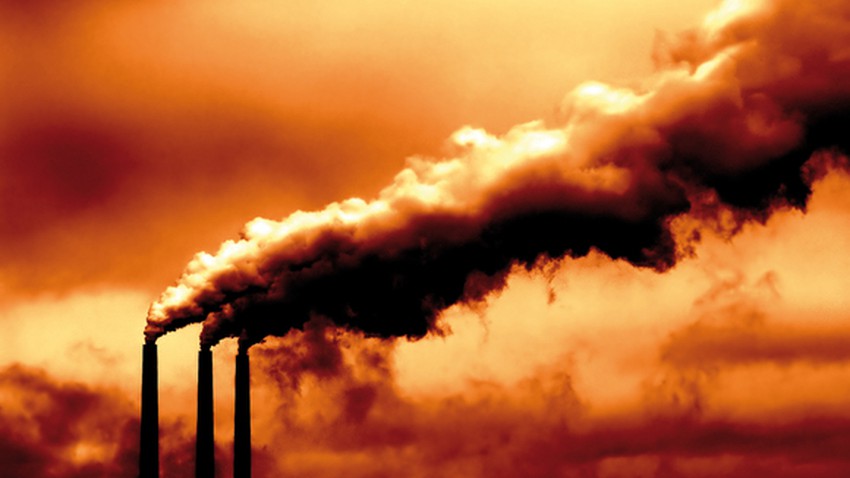 Arab weather - The US Climate Agency warned on Friday that the concentrations of carbon dioxide in the atmosphere in May this year were 50% higher than in the pre-industrial era, reaching levels not seen on Earth for about four million years, This has raised concerns about climate change.

The National Oceanic and Atmospheric Administration (NOAA) said the amount of carbon dioxide in the atmosphere exceeded the threshold of 420 parts per million (a unit of measure used to measure atmospheric pollution).

She noted that human activities, particularly the burning of fossil fuels to produce electricity, transportation and deforestation , are responsible for the significant rise in gas emissions.

The impact of warming is already causing severe consequences and environmental disasters, including increased frequency of heat waves, droughts, fires and floods, she added.

Carbon dioxide is a greenhouse gas that traps heat, gradually causing an increase in global warming , and it remains in the atmosphere and oceans for thousands of years.

The increase in carbon dioxide levels is further evidence of the failure of the world's countries to achieve the main goal of the Paris climate summit in 2015, to limit the rise in temperature to 1.5 degrees Celsius.

Top 5 CO2 emitters in the world

Peter Tans, a senior scientist at the National Oceanic and Atmospheric Administration's Global Monitoring Laboratory, stated that although carbon dioxide levels decreased somewhat around 2020 during the economic slowdown caused by the Corona virus pandemic, this decline did not continue in the long run. height, and carbon dioxide increased again at the same rate as in previous years.

Carbon dioxide levels vary throughout the year, increasing as plants die and decompose in autumn and winter, and decreasing in spring and summer as growing plants absorb the gas through photosynthesis. The peak is reached in May of each year, before plant growth accelerates in the northern hemisphere.