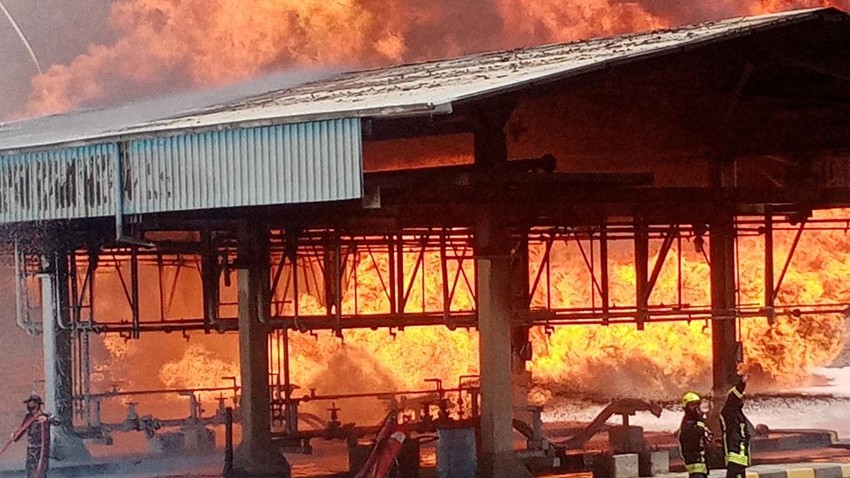 Arab Weather - Firefighters in the Civil Defense Directorate in Aqaba managed to control a fire that broke out today, Thursday, in four oil tanker lines belonging to the oil refinery in Aqaba governorate, and prevented its spread and access to oil tanks.

This was - after the grace of God Almighty - because of the great efforts made by the civil defense cadres, and the rapid response in the first days of Eid al-Fitr, where the speed of response and the arrival of civil defense groups in record time had a great role in controlling the fire and preventing its spread, and this did not result in any fire. No casualties, and an investigation was opened to find out the cause of the fire.