How can just two degrees of global warming change the entire planet? 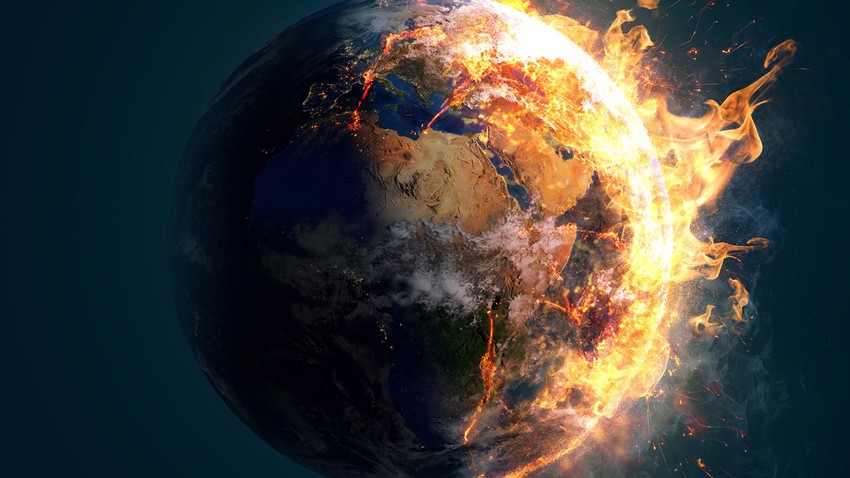 Arabia Weather - Earth is home to an array of diverse climates, from the scorching sand dunes of the desert to the frigid hills of Antarctica. Given this diversity, why are climate scientists so concerned about a worldwide temperature increase of just 1.5°C (2.7°F)? How can this small increase in global temperature change the planet?

Peter de Menocal, a paleoclimatologist at Columbia University's Lamont-Doherty Earth Observatory in New York, said that changing the average temperature of an entire planet, even if by a few degrees, is significant, as the world is currently about 1.2 degrees Celsius warmer. than in the pre-industrial times.

The 144 countries participating in the 2016 Paris Agreement declared that the world must limit the global increase in this century to (1.5) degrees Celsius, which is a stricter limit than the previous goal of increasing (2) degrees Celsius.

To visualize this 1.5 degrees, about (5) degrees Celsius separates the modern world from the last ice age, which ended about 15,000 years ago, and during that time, sea levels were about (106) meters lower than they are today, because A large amount of water was stored as ice at the poles.

During this Ice Age, about 32% of the Earth was covered in ice, compared to only about 10% today, according to the National Snow and Ice Data Center.

De Menocal said Earth's climate is changing over time, and the last ice age is evidence of that, but it's the rapid rate of change and the amount of greenhouse gas carbon dioxide that fills the atmosphere that worries scientists. Moreover, global warming is not only increasing temperatures; It also threatens food, water, housing, the energy grid, and human health .

The effect of warming on food availability

Climate change affects the ecosystems that provide food, de Menocal said, "and thus our food security is linked to the security of those ecosystems."

The oceans, for example, provide people with about 20% of dietary protein, but ocean acidification caused by climate change makes it difficult - if not impossible - for thousands of species, including oysters, crabs and corals, to form their protective shells, which In turn, the food web is disrupted.

On Earth, a 2°C increase would nearly double the water deficit and lead to lower wheat and corn yields, according to NASA.

NASA said northern latitudes may see a temporary increase in soybean and wheat plantings, partly because temperatures are higher in the far north, and partly because more carbon dioxide helps plants grow.

But with a global warming of 2°C, this advantage almost disappears for soybeans, and completely for wheat, says NASA.

If temperatures rise too high while these plants are in bloom, NASA said, their growth could be halted, leading to a shortage or absence of edible food crops, such as corn or grains.

The effect of warming on human habitation

De Menocal said that about 40% of the world's population lives within (100) kilometers from the coast. In 2010 more than 123 million people, or 39% of the US population, lived in the shoreline counties, and these are the places where housing is most at risk from climate change and sea-level rise.

About 7 percent of U.S. electricity generation in 2013 came from hydropower, which made up 52 percent of the renewable energy generated in the country that year, according to the Department of Energy.

However, reduced ice mass and shifting precipitation patterns may reduce hydroelectric power in the long term, and this now threatens the American West and some European regions as well.

You may also be interested in: Climate change is shifting competition between media giants from news channel wars to weather channel wars

The effect of warming on human health

Increases in temperature and changing rain patterns are linked to the spread of diseases transmitted by living organisms (between humans or from animals to humans), such as Lyme disease and malaria.

Even if it is locally eradicated in a particular area, the climatic changes associated with climate change can lead to the migration of disease vectors to new areas.

Furthermore, due to health concerns, some areas of the world, such as parts of the Middle East and the American West, may become uninhabitable by humans due to extreme temperatures.

This is because humidity often increases with an increase in the temperature index, and when both are high, the human body cannot evaporate sweat to cool itself, and this exposes it to health risks and even death.

The effect of warming on productivity

Extreme temperatures can also lower productivity among workers. A 2014 Bloomberg report on the economic risks of climate change showed that extreme heat, especially in the American southeast, could lead to a 3% decrease in the productivity of outdoor workers, Including people who work in construction, facility maintenance, landscaping and agriculture.

That drop, the report said, is twice the rate of the "productivity slowdown" that occurred in the 1970s, likely caused by rising inflation and economic instability.

"If we were talking about the current emissions scenario, the warming would be even faster," he said. "Even over the past 8,000 years, we haven't seen a temperature rise that fast and that much."

Topics that interest you: