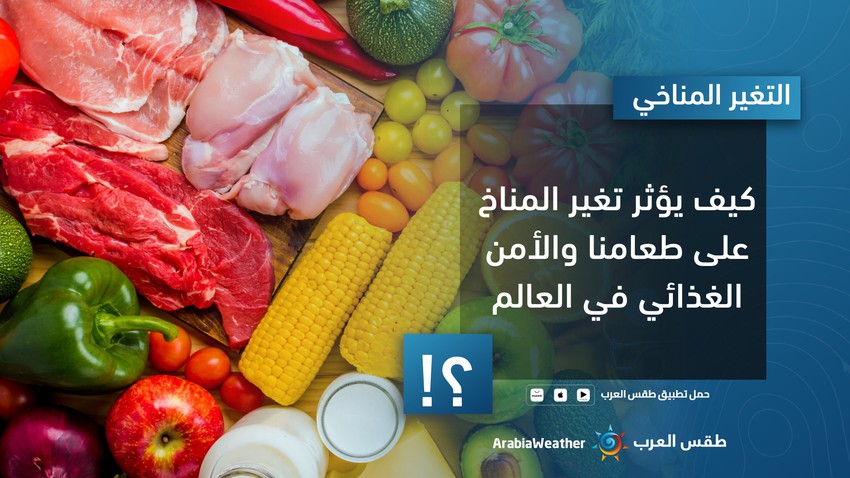 Weather of Arabia - Over the past year, the world has witnessed some of the most exceptional weather conditions since the start of climate record keeping, but climate change does not only affect weather conditions and weather patterns, but its effects affect food security in the world, as it threatens to disappear many nutrients from our tables!

In the Pacific Northwest, characterized by mild weather and abundant rain, a catastrophic heat wave has "roasted" berries on trees before harvest, and for the first time ever, the United States has declared a water shortage in Lake Mead , the largest reservoir in the country, cutting off the water supply to Arizona farmers. Massive wildfires also broke out in California, Washington State, Turkey, Greece and Siberian Russia.

Meanwhile, torrential rains caused deadly floods in North America, Germany and China. In another historical precedent, rain fell on the top of Greenland, a place that remains frozen all year round. For more: What is the significance of the rain that falls for the first time on top of the ice cap in Greenland?!

All these weather phenomena affect the food supply in one way or another, through:

Influence on the type of crops and their cultivation areas

Climate change is shifting farming patterns. Crop yields of wheat, maize and other crops are reduced due to severe weather in some countries, and in other regions, new weather patterns have led to higher agricultural yields.

In the United States, annual precipitation increased over the northern and eastern parts of the country, while it decreased in the south. This affects the types of crops that farmers can grow. Over the past two decades, North America has seen a northward shift in the growing regions for some crops, such as corn. There is more corn grown in southern Canada than ever before, whereas 30-40 years ago those regions were not a hospitable environment. 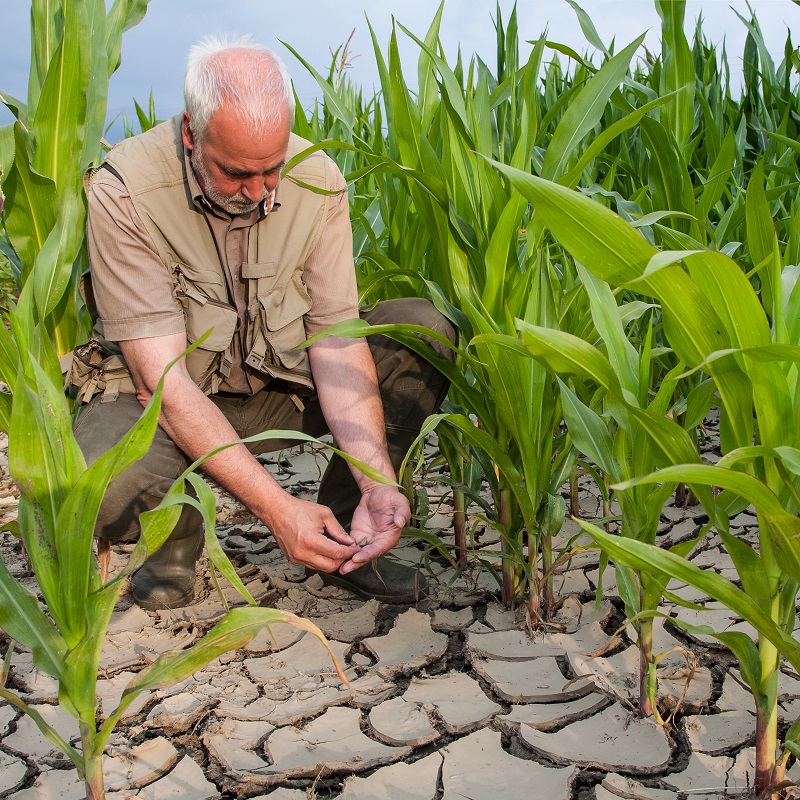 When temperatures rise, warm air retains more moisture, and more rain is likely in some areas; Direct damage to crops and reduced production. Flooding is also expected to increase due to the intensification of tropical storms and sea level rise associated with climate change; What threatens to drown the crops.

Floodwaters also carry sewage, manure or pollutants with them, so more diseases and toxins find their way into our food.

Climate change is threatening to dry out the aquifers that irrigate about 10% of crops in the world's major food-producing areas more quickly, and drought in general is bringing another threat to soils, salinity.

Rising temperatures also cause great difficulty in the production of staple grains all over the world, so that their production will decrease, and the effect may reach that the staple grains are less nutritious, and the danger may extend to eliminating crops completely in severe droughts, and of course these The scarcity will be more evident in the food of the world's poorest people, while the developed countries will see a rise in prices.

Disrupting the transportation of food and preserving it from spoilage

The problem of climate change continues to affect our food in disrupting the movement of food transport as well, due to drought and severe storms, as well as the need for greater effort to store food to protect it from the risk of spoilage and contamination so that food does not cause disease transmission.

According to the United Nations Intergovernmental Panel on Climate Change, millions of people in Africa, Asia, Central and South America and elsewhere are already suffering from climate-related food insecurity. About half of the world's population suffers from severe water scarcity over the course of a year.

Actions to adapt to climate change

Extensive efforts are being made by the Food and Agriculture Organization of the United Nations and other organizations around the world. in using a strategy known as "climate-smart agriculture" to increase yields and reduce risks to crops and livestock, manage water and land use, and reduce greenhouse gas emissions.

Genetic engineering in the crops themselves helps, too. For example, most rice species will die if left under water for more than 3 days, and in India and Bangladesh alone, floods destroy enough rice each year to feed 30 million people. But a variety of genetically modified species have been used to solve the problem, which can withstand staying underwater for up to two weeks.

More than 6 million farmers now grow this type of rice, which has offered some hope to some of the world's poorest farmers. 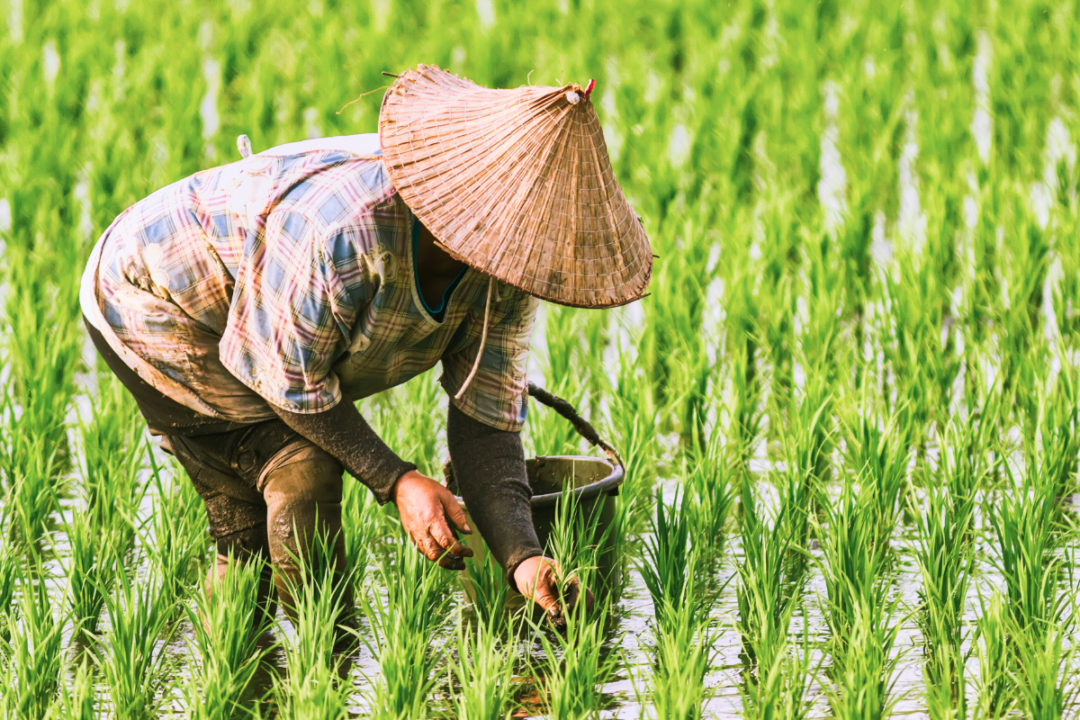 Today, scientists are trying to grow wild species from 28 vital crops, and prioritize crops such as wheat, rice, sweet potatoes, bananas and apples, but it may not be a sufficient solution to face the next crisis, as the old crops may not succeed in adapting and resistance, so we are likely to witness in the coming decades Significant changes in menus in different countries, and the main courses may no longer be the same as we know them today!