Jordan | After the hot and dusty air mass, a relatively cold night is coming to Jordan 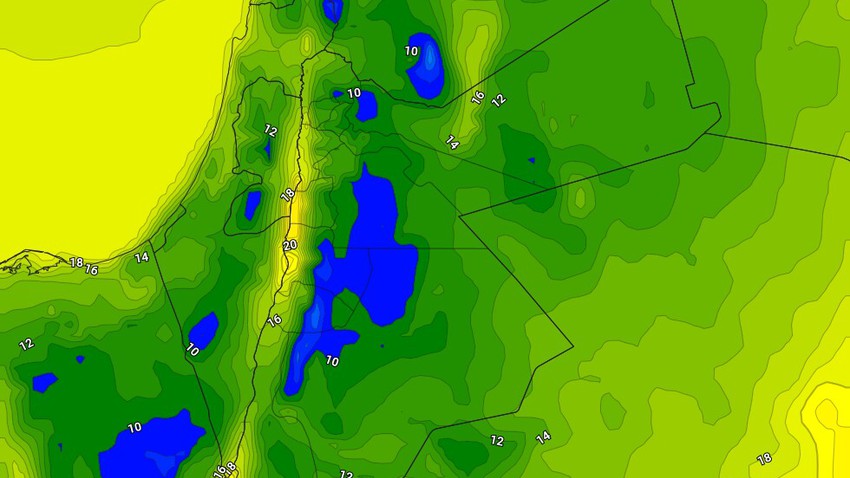 Weather of Arabia - The Kingdom was affected by a hot air mass in the past two days that raised the day and night temperatures. On Saturday / Sunday night, a dusty and hotter atmosphere prevailed, and the temperatures at night were in the late twenties in many cities of the Kingdom.

Sunday/Monday night is relatively cold and humid in many areas

There is a significant decrease in night temperatures on Sunday/Monday night compared to previous nights, and the weather tends to be cold at the beginning of the night, turning to relatively cold at late night hours and early morning in various regions of the Kingdom, which requires wearing a coat.

The winds are northwesterly, moderate in speed, active at times, especially at the beginning of the night, and they raise dust and dust in the southern and eastern regions.