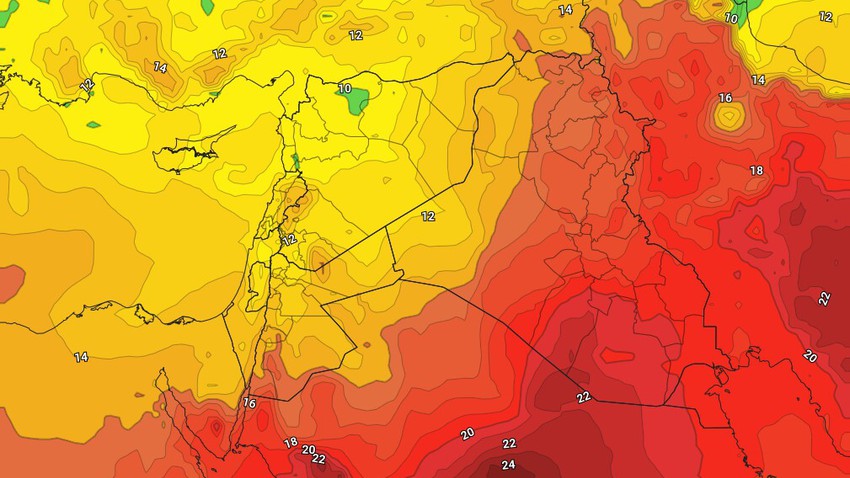 Arab Weather - The latest output of the numerical weather models processed by the Air Operations Department at the Arab Weather Center indicates the rush of moist air currents coming from the eastern Mediterranean towards the Kingdom on Tuesday and Wednesday, and it is caused by the remnants of the Mediterranean situation that was formed several days ago, so that it continues on As a result, the temperatures drop to become around slightly higher than their averages for this time of the year, and the weather is moderate in autumn in most regions of the Kingdom, tending to heat in the Jordan Valley, the Dead Sea and the city of Aqaba.

With the appearance of clouds at different heights, and there is a possibility of scattered showers of rain in parts of the Kingdom, especially the northern ones, on Tuesday. 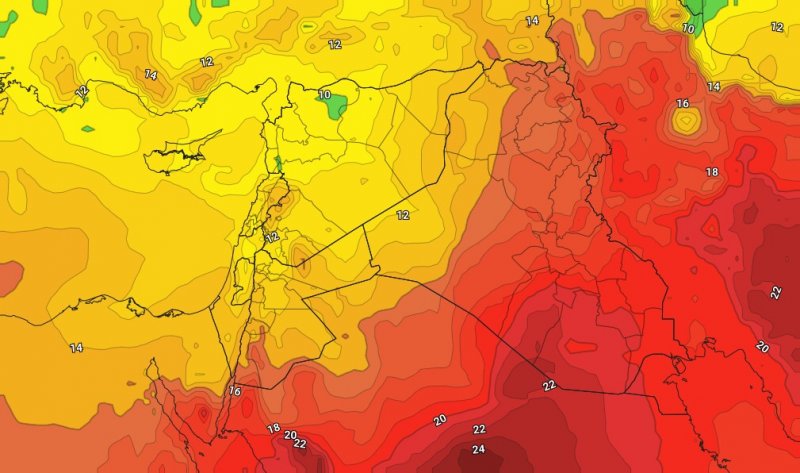 Night temperatures are dropping and the weather is getting cooler

It is expected, God willing, that there will be a decrease in temperatures at night compared to the previous nights, and the weather will be relatively cold in many areas during the late night hours, cold over the tops of the high mountain heights, with a rise in humidity and fog formation on some areas of the eastern plains and the Eastern Badia, and it is not excluded that the fog will be thick at times, especially during the night of Tuesday/Wednesday.

God willing, light northwesterly winds to moderate speeds are expected for the next two days, sometimes active over some areas and working to raise dust and light dust to a limited extent.

Jordan | Traffic stopped in Sweileh, transmission rises, and slight slips of vehicles as a result of freezing