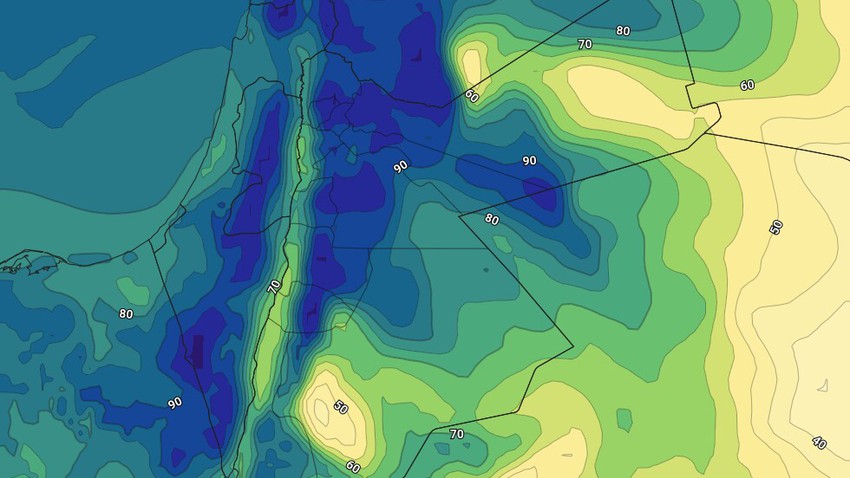 Arab Weather - The weather maps in the Arab Weather Center indicate another decrease in night temperatures with the night hours of Tuesday / Wednesday, and the weather is pleasant during the early night hours, but it will tend to cool gradually over time, and it becomes relatively cold during the late night hours and dawn in The high mountainous elevations and eastern plains, where minimum temperatures reach 12 degrees Celsius in these areas, which may require a coat during the night and early morning hours.

Warning of fog, especially in the northern and southern mountains

There is a noticeable rise in the surface humidity levels, exceeding the 90% barrier in many areas tonight so that the weather is dew, and quantities of low clouds spread during the night hours, which may work to form fog over the high mountain heights, especially the northern and southern ones, amid alerts Reduced horizontal visibility due to fog.