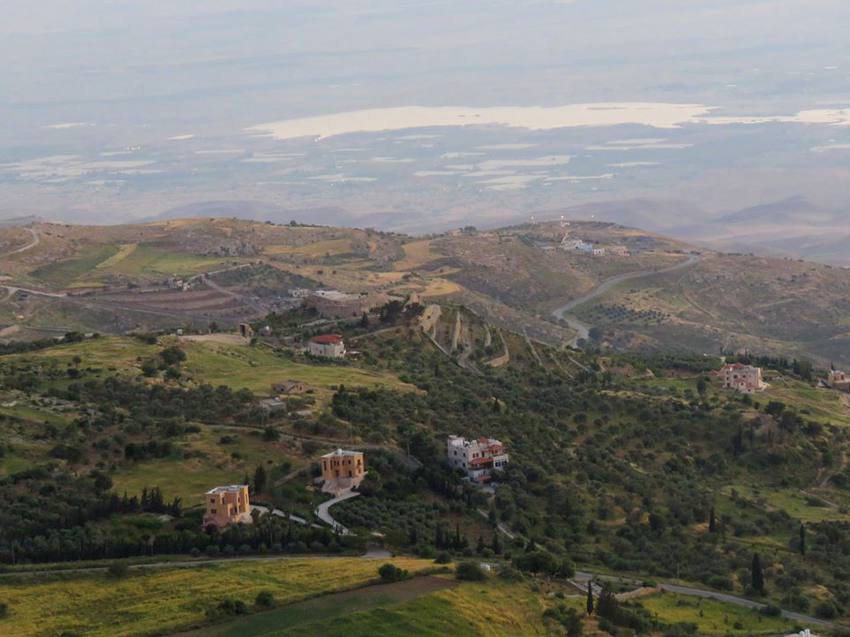 Arab Weather - There is another slight increase in temperatures on Friday, to slightly exceed their rates for this time of the year.

And the weather is normal summer in the mountainous heights, while it turns to be relatively hot in the rest of the regions, and is suitable for trips and outdoor activities with the after-hours hours ( more here )

The winds will be northwesterly moderate to brisk, accompanied by some strong gusts in the east of the Kingdom in the afternoon, and they will cause dust in the desert regions, especially the eastern ones. Therefore, ArabiaWeather recommends a decrease in the horizontal visibility due to the dust and dirt raised in the eastern Badia regions.

Unsuitable weather for Saturday trips due to wind activity

The weather continues on Saturday in the summer, normal in the mountainous heights, and relatively hot in the rest of the regions, with strong winds blowing in large parts of the country causing dust waves that are sometimes dense, especially in the south and east of the Kingdom.

Tourism in Jordan: Where to Go and What to Do?

Areas suitable for excursions on Friday with the afternoon hours

"Jabal Makawer" is located in Jabal Bani Hamida, at a distance of approximately thirty kilometers in the southwestern side of Madaba, and seventy-one kilometers from Amman >

And we can see the remains of the castle of Mkawer at the top of a hill. The castle was built in 90 BC by the commander, "Alexander Janius " .

Madaba "The City of Mosaics"

It is rich in many historical monuments that are adorned with mosaic panels, and it is only 30 kilometers from the capital, Amman .

It is considered one of the most famous historical and archaeological cities in Jordan, built by the Romans. The city of Jerash is located an hour's drive north of the Jordanian capital Amman (about 50 km), midway between Amman and Irbid.

The city of Karak is 125 km from the capital, Amman, and is famous for many tourist places, such as: Karak Castle, Qatraneh Castle, the ruins of Rabbah, the palace, and others.

The ancient city of Petra is located in the Ma'an Governorate, in the south of the Hashemite Kingdom of Jordan, which is characterized by its architecture carved out of rocks and the ancient water channel system.

The "Pink City" is 225 kilometers south of the capital, Amman, in the Petra District of Ma'an Governorate, to the west of the desert road that connects Amman with the city of Aqaba on the coast of the Gulf of Aqaba.

Why did the storm not affect Castilda in the Levant

Jordan | A new death from Corona virus was recorded for seventy, suffering from chronic diseases