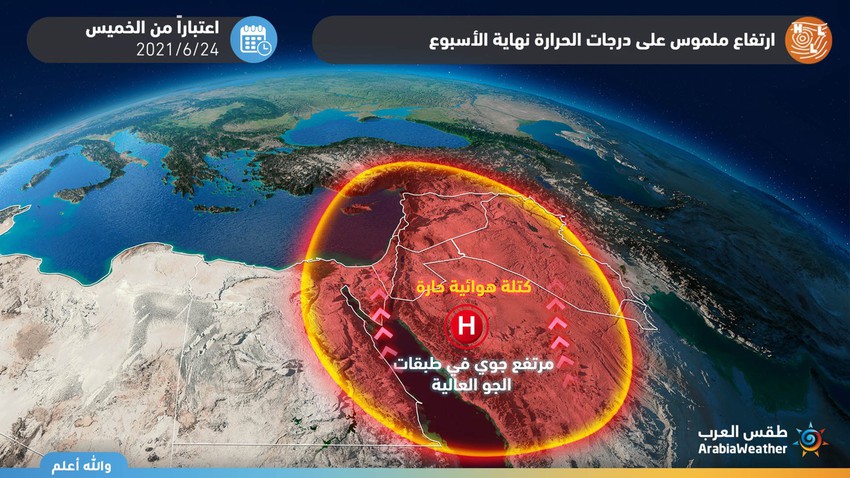 Weather of Arabia - Since the beginning of this month, Jordan has witnessed mild to normal summer conditions, and temperatures below their normal rates. This comes as a result of the distribution of weather systems, which is in the interest of the region, as an air high is located on the northwest of the African continent, reaching the depth of the European continent, rushing As a result of it, moderate temperature currents from eastern Europe to Jordan, this atmosphere is expected to be farewelled gradually by the Kingdom, starting from Thursday, God willing.

A hot air mass is rushing towards the area

Expectations indicate that the moderate and humid mass will move away from the Levant as of Thursday, which leads to the building of an air rise in the middle and high air layers in the Levant, including the Kingdom, accompanied by a hot air mass originating from the Arabian Peninsula. 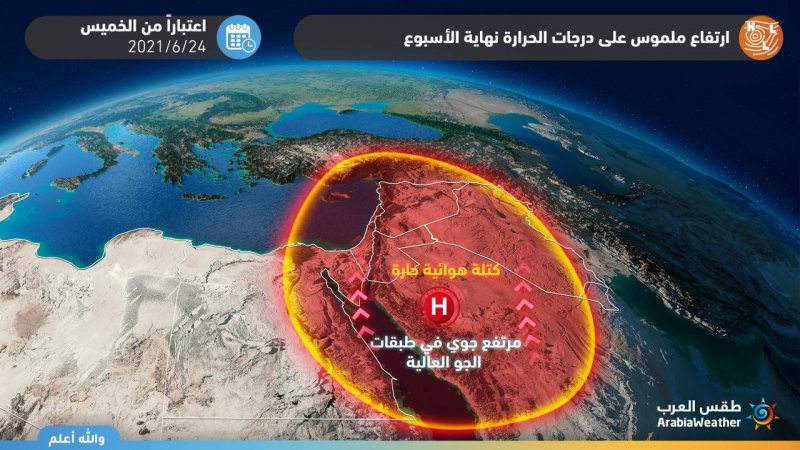 When reviewing the expected temperatures in the capital, Amman, for example, for the next five days, it is expected that the temperatures will tend to rise gradually and ascend to reach the mid-thirties in the mountainous heights, including the capital Amman, especially at the end of this week, while the temperature will be forty in the Jordan Valley, Bahramite and Aqaba regions, and severe weather will prevail The heat and exhausting in those areas, and not stimulating trips and out.

In contrast to expectations of a rise in temperatures, but it is not expected to rise to the so-called heat wave, as expectations indicate that the temperature will not rise much above its rates, and in order for it to become a heat wave, the temperature must at least exceed its general rates by five degrees Celsius or more, and for a period of three Continuous days at least and over a wide geographical area.

The long-range weather forecast team in Arab Weather launched the seasonal bulletin for Jordan for the summer of 2021, for the months (June, July and August) 2021. Weather forecasts relate to the behavior of temperatures and rain in various regions of Jordan.