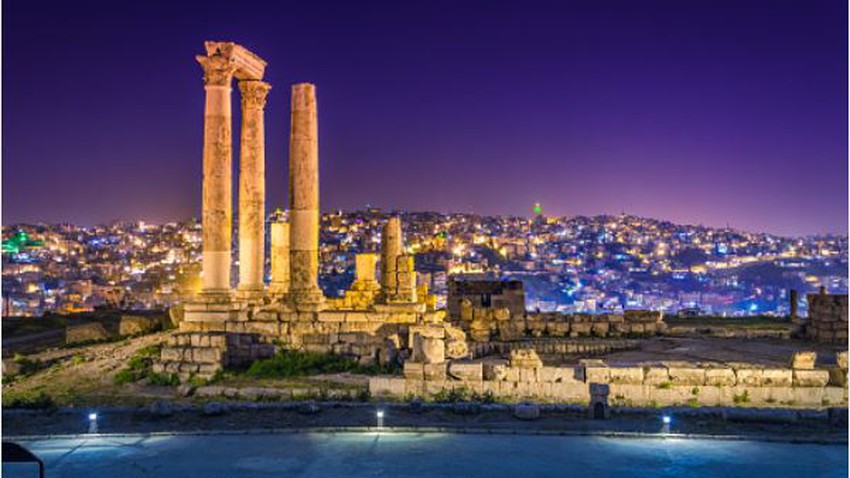 Arab weather - Jordanian cities live in the reality of summer and temperate weather, as a result of the continued rush of sea and humid air currents from the Mediterranean. This atmosphere is expected to continue on Wednesday, provided that the temperature begins to rise gradually from Thursday, so that temperatures exceed their monthly normal rates.

On Wednesday, all cities and governorates of Jordan continue to be affected by the moderate air mass, as it reaches a maximum of 27-29 degrees Celsius in the mountainous heights, to be slightly lower than its rates for this time of the year, and the weather is generally sunny and moderate in summer in the mountainous heights while it is hot in a way. Remarkably in the eastern regions, the Jordan Valley, the Dead Sea and Aqaba, and the winds are northwest to moderate in speed, active in the afternoon working to raise dust and dust in the interior regions of the Jordanian Badia, and in light of this atmosphere, the weather is suitable for going out on trips and practicing outdoor activities with the morning hours or Afternoon, especially in mountainous areas. During the night hours, the weather is pleasant in all regions, while it tends to be cold over the mountainous heights and the plains with the late night hours due to the blowing of humid winds coming from the west and the accompanying appearance of some surface clouds in the north of the Kingdom, so it is recommended to wear a light coat, especially at night. overdue.

Gradual rise in temperature from Thursday

When we talk about the weather over the weekend, it is expected that the moderate-temperature air mass that affected Jordan during the past days will decline in the west, i.e. away from the region, starting on Thursday, to rush hot air currents coming from the desert of the Arabian Peninsula, bringing with it an escalating rise in temperatures slightly above their general averages.

In the same context, a significant decline in the atmosphere is expected during the night hours, so that the Kingdom will bid farewell to the cold weather at night, starting from Thursday/Friday night, so that the weather will become generally moderate in the mountainous heights, while tending to warmth in the rest of the regions.