Kuwait shocked the world with scorching heat, recording 73 degrees under the sun and 54 in the shade! ...and the ember hasn't started yet! 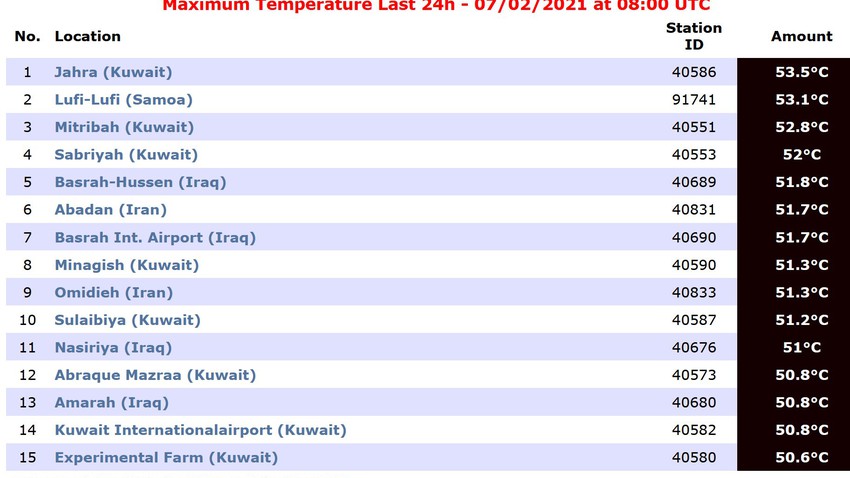 Arab Weather - Sinan Khalaf - Meteorological stations in Kuwait recorded scorching temperatures of 54 degrees Celsius in the shade, while they reached 73 degrees Celsius under the sun, topping the list of the world's hottest regions during the past 24 hours.

In the details, Al-Jahra Governorate came in first place in the list of the hottest cities in the world, as it reached 53.5°C according to the official monitoring station, followed by the city of Mutriba, 52.8°C, and the third city of Sabriya with a temperature of 52°C, while two cities came in the fourth and fifth places Two Iraqis. 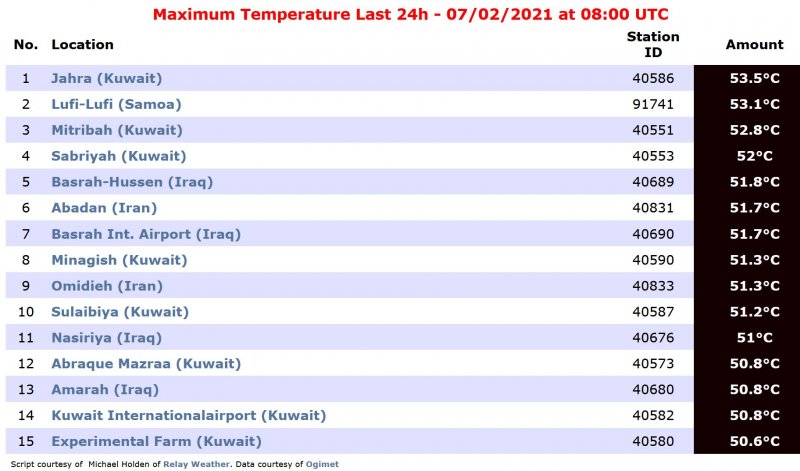 It is reported that the hot coals, which are considered the hottest days of the year, will begin on July 16 and will last for approximately 40 days