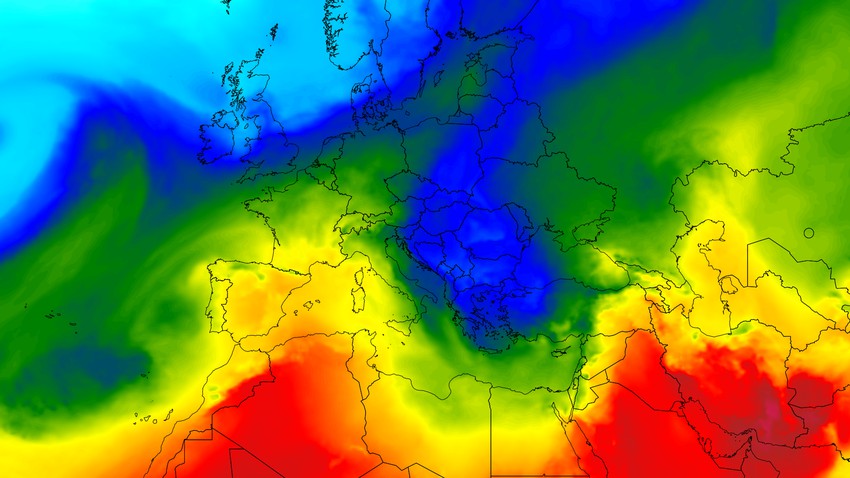 Weather of Arabia - The latest updates of the numerical models operating indicate an expected return to the temperate weather over the Levant region, as of Monday, as a result of changes in the distribution of air masses in the northern hemisphere. These changes are represented by building a strong air altitude over important areas of the west and central continent Accordingly, the cold air masses will move from the regions of central and northern Europe towards the eastern parts of it and to Turkey, which means that the Levant region will become within the path of temperate air masses.

The rest of the Levant region is affected by a moderately hot air mass with values below the general averages on Monday, as a result of which the temperatures drop significantly, and a mild summer climate prevails in most regions, while the weather is hot in the eastern parts of Syria and Jordan, and as a result of the distribution of weather systems, The western winds are active in most areas and are dusty, especially in the Syrian and Jordanian Badia and the desert areas. 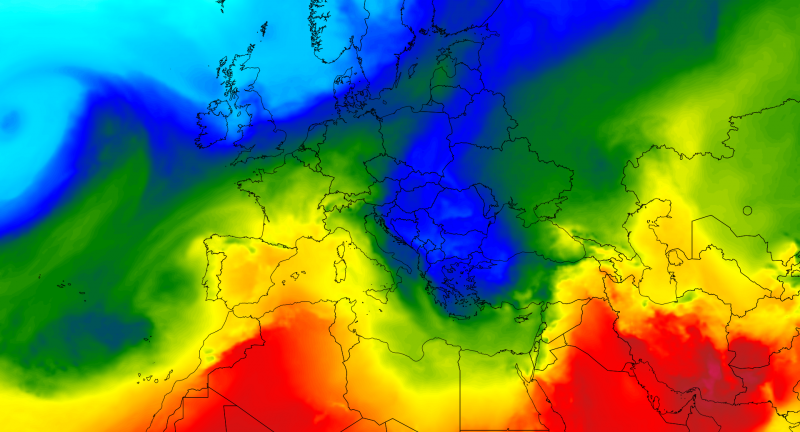 During the night hours, the weather is generally nice and humid, while it tends to be cold during the late night, especially in the mountainous areas and the plains. Humidity levels rise, low clouds appear, and light fog forms in the western interior regions of Syria, Palestine and northern Jordan.

It is not expected, according to current estimates, that the Levant will be exposed to any hot air mass during the current week at least, as a result of the region’s continued influence on the moderately hot air mass throughout the week and the coming period, as temperatures continue below their rates for this time of the year, and mild summer weather prevails in The mountainous heights, while it is relatively hot in the rest of the regions, and descend at night so that mild to cold weather prevails in all regions.

With the continued control of an air mass with temperatures around their normal rates, the weather is suitable for going out on trips and practicing outdoor activities with the afternoon hours, especially in mountainous areas, taking into account avoiding direct exposure to the sun directly for a long time and drinking a lot of fluids, but during hours Night It is recommended to wear a light coat, especially with the late night hours.

Weather condition and expected temperatures in the capitals of the Levant on Monday 06-14-2021: