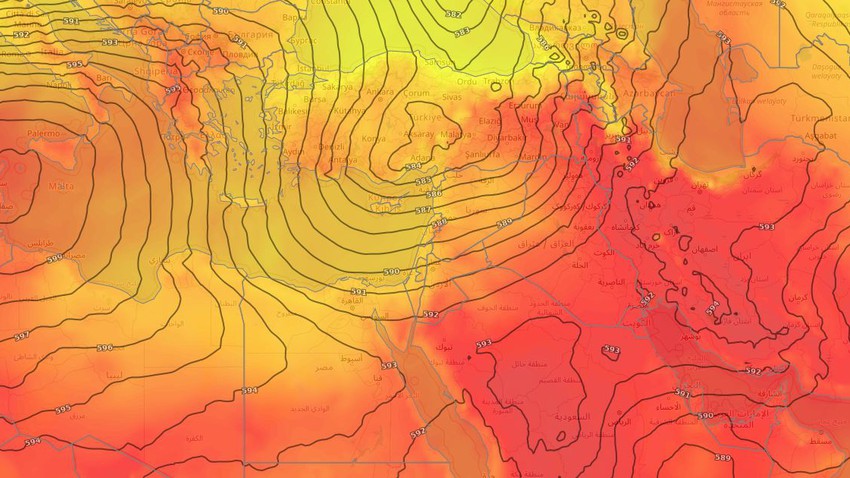 Arab weather - The latest updates of the numerical models that are running indicate an awaited return to the normal summer weather on Sunday and Monday, as a result of the rush of western air currents to the northwest, marine and humid from the Mediterranean with temperatures around their normal rates, so that temperatures decrease compared to the past days, God willing.

In the details, it is expected that the new week will open with normal summer weather, so that temperatures drop to return to their rates for this time of the year, and relatively hot weather prevails in the mountainous heights, while it remains very hot in the low and desert areas, and as a result of the distribution of weather systems, winds activate After noon hours, which may lead to high levels of dust in the air, especially in desert areas.

During the night hours, there is a decrease in temperatures compared to the previous nights, so that mild weather prevails in most areas of the Levant and refreshing in the mountainous heights, while it continues to be remarkably warm in the low areas, in conjunction with high humidity levels at night, and low clouds form in some regions, and winds northwesterly light speed in total.

Despite the drop in temperatures, Arab weather warns against direct and prolonged exposure to the sun in the afternoon and afternoon hours in various regions, especially in low-lying areas.

In conjunction with this weather, coastal areas, in addition to parts of the Lebanese highlands, are affected by humid sea currents on Sunday and Monday, which may work on rain in some limited areas, as the Syrian coast and the Tartous highlands are expected to witness thunderstorms, sometimes heavy during the morning and noon hours, in When the Lebanese mountainous heights and some coasts may witness scattered rain in some narrow geographical areas, and the accompanying winds will be southwesterly moderate speed, active during thunder showers. 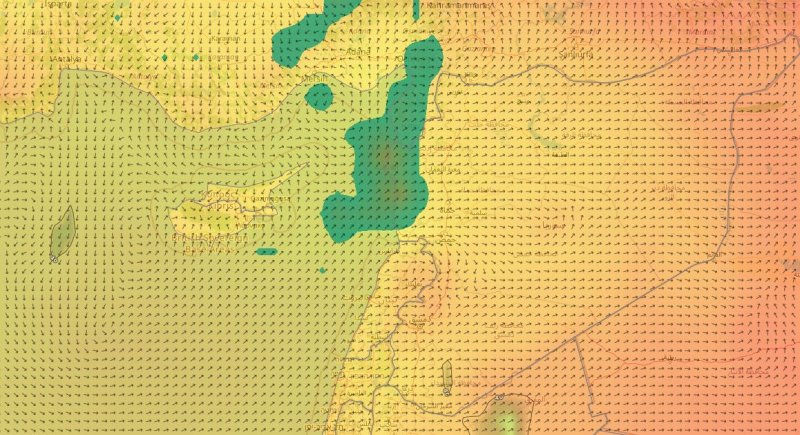