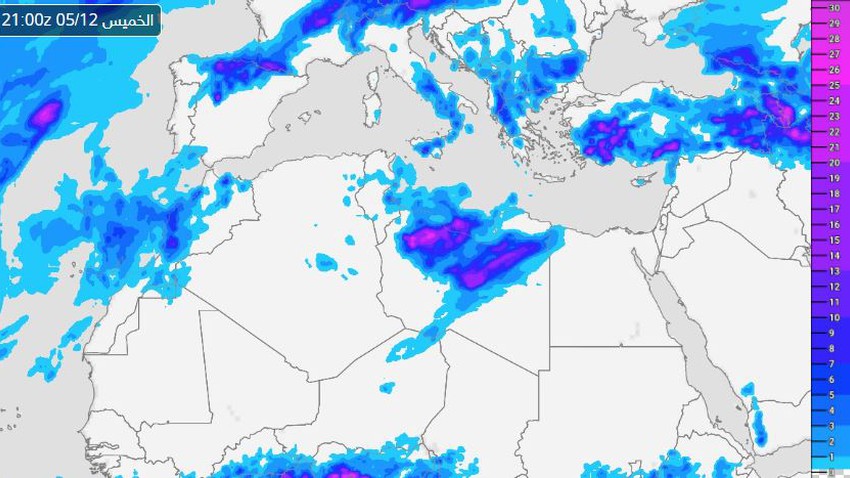 Arab weather - numerical maps show expectations that many regions of Morocco and Libya will be affected by active weather disturbances that lead to thunderstorms of rain that are sometimes heavy and cause the flow of valleys in some areas, God willing.

Heavy thunderstorms at times in parts of Morocco and Libya

In the details, the air systems in the coming days in the countries of the Arab Maghreb are represented by the presence of two upper air depressions, the first is concentrated in the north of the Libyan territories and the other in the west of Morocco, causing air strikes in many areas, while an air altitude in different layers of the air controls Algeria, so that stable weather prevails in all regions. . 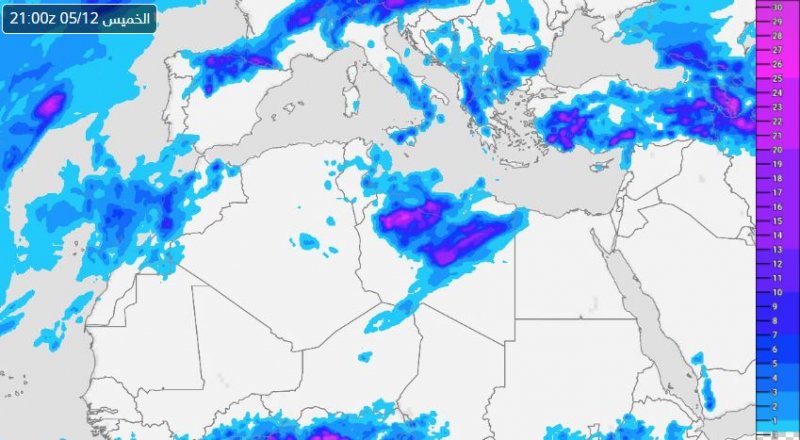 It is expected that the weather disturbances on Wednesday and Thursday, 11 and 12 May 2022 will include many parts of Libya, so that the disturbances focus on the western and central regions of Libya on Wednesday and are heavy at times, which causes the flow of valleys and may form torrents in some areas, while the focus of the disturbances shifts on Thursday on the eastern regions and the northern coast of Libya. It is expected that Morocco will be affected by an air depression on Thursday, so that rain will fall in parts of Morocco, especially the coastal areas, and the rain will be light to moderate in intensity in general, accompanied by lightning and thunder sometimes, God willing.