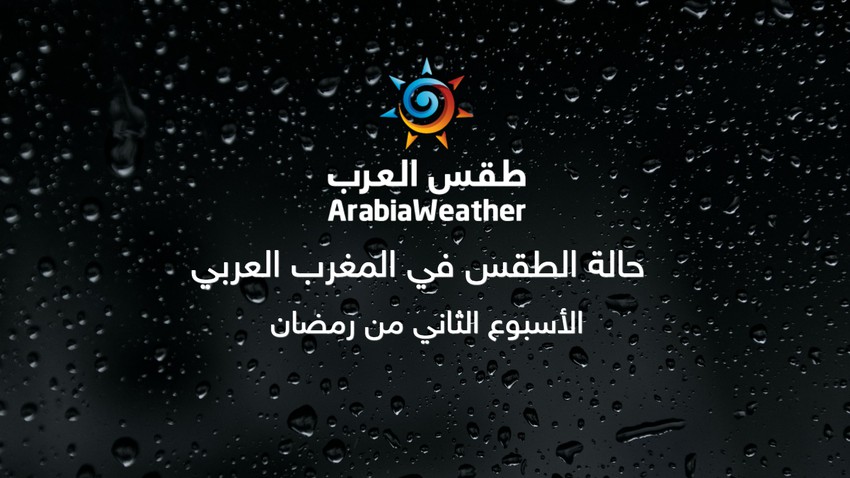 Arab Weather - The numerical models in "Arab Weather" indicate that parts of the Maghreb will continue to be affected by unstable weather conditions, accompanied by showers of rain and activity at the speed of winds, resulting from the deepening of an atmospheric desert depression over the Algerian Sahara that pushes cool, moist currents from The Mediterranean Sea is associated with thermal imbalance that works on the growth and reproduction of cumulonimbus thunderstorms over many regions.

Unstable weather conditions at the beginning of the week

At the beginning of the week, it is expected that cold air currents coming from the center of the European continent will rush towards the western Mediterranean, resulting from the deepening of the air height in the north of the European continent, where temperatures remain below their levels for this time of year, and a relatively cold to cold atmosphere prevails in various regions. With the emergence of quantities of clouds at different heights.

On Sunday, many regions of northern Algeria, Tunisia, parts of northern Morocco and western Libya are witnessing unstable weather conditions, and the rains are torrential and thunderous, accompanied by heavy showers, and thus the chances of floods and high water levels in the roads, including Tunis, rise. 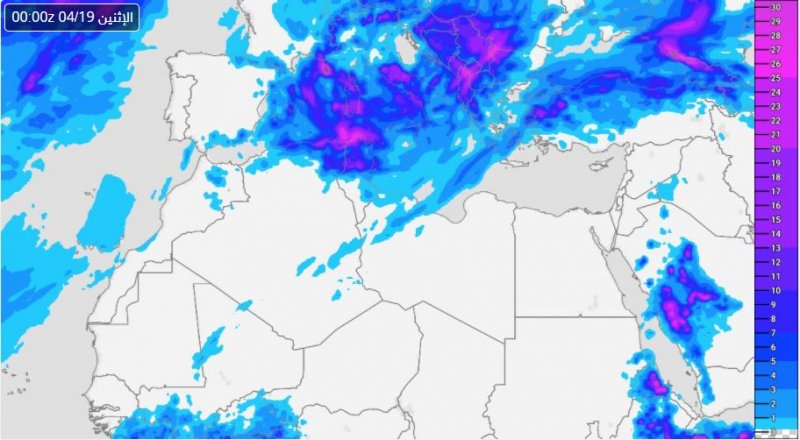 Back out on air turbulence, starting midweek

Towards the middle of the week, the air activity decreases, but the opportunity remains ripe for showers of rain in some areas, and temperatures tend to gradually rise, especially in Libya, as a result of the deepening of atmospheric pressure in the east of the European continent, which works to draw cold currents from the region.

As of the end of the week, unstable weather conditions are renewed in the coastal areas, and quantities of clouds appear at different heights, and the chances of showers of rain remain in the northern parts.