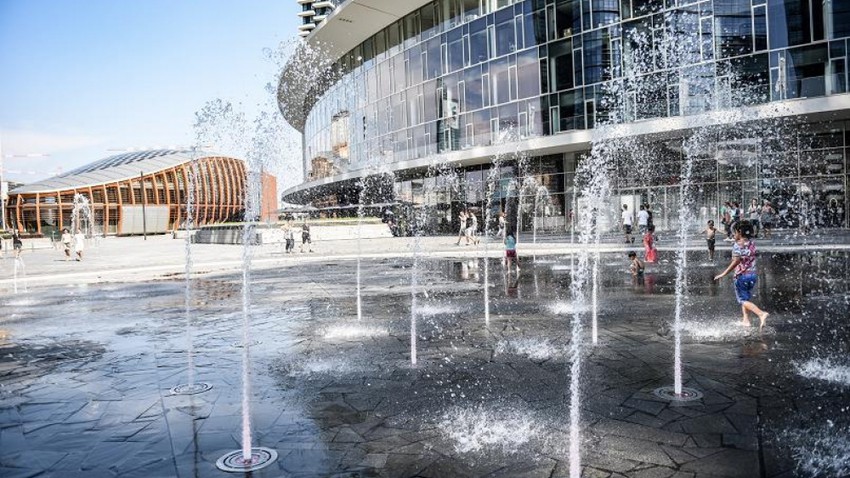 Weather of Arabia - The mayor of the Italian city of Milan issued instructions to close public fountains, at a time when the authorities were grappling with one of the worst droughts in Italy in decades, and the authorities banned the use of garden sprinklers, and a state of emergency was declared in the Lombardy region, and similar measures were imposed in the Emilia-Romagna regions. The neighboring Piedmont.

Milan's mayor, Giuseppe Sala, said the law would lead to the closure of decorative fountains except for those containing plants and animals that need fresh water. It also limits the use of water sprinklers except for newly grown trees.

Sala called on Milanese to do their part and reduce water use as much as possible at home, in private gardens, and even when cleaning terraces and squares.

While Sala instructed stores in the northern capital of commerce and fashion, to refrain from setting air conditioners at a temperature below 26, and to close the doors to reduce pressure on the electricity network, after frequent power cuts due to the heat and increased demand for electricity. The cause of drought and water crisis in Italy

While the unusual heat and lack of rainfall are to blame for the current crisis, Italy has a poor water infrastructure, the National Statistics Agency (ISTAT) estimates that the country loses 42% of its drinking water from distribution networks each year, due in large part to From it to obsolescence and poor maintenance of the pipes.

“In Piedmont, the decrease in rainfall over the past six months has been 55 percent, compared to the average in the past,” says Paulo Sasson, a local geologist.

He also said that last month's temperature was the second-highest since 1965, 2.5 degrees above average. He said that the province saw only one day of relatively heavy snowfall during the winter season, on 8 December.

The agricultural sector may lose about 40% of the seasonal harvest

Drought in Italy has reduced rivers important for irrigation, including the Po River, threatening to lose about 3 billion euros ($3.1 billion) in agriculture. The Italian Association of Agricultural Producers estimates that 30%-40% of the seasonal harvest is lost due to drought, in the midst of scorching temperatures sweeping Europe.

He called for emergency irrigation to save several crops, including tomatoes and watermelons, and to establish new infrastructure, including rainwater storage basins. He added that the lack of water is also hurting the level of production of corn and soybeans, whose supplies are already under threat due to the war in Ukraine.

The Po, Italy's longest river, is experiencing its worst drought in 70 years, leaving large parts of the northern waterway completely dry; What threatens the inability to irrigate crops. 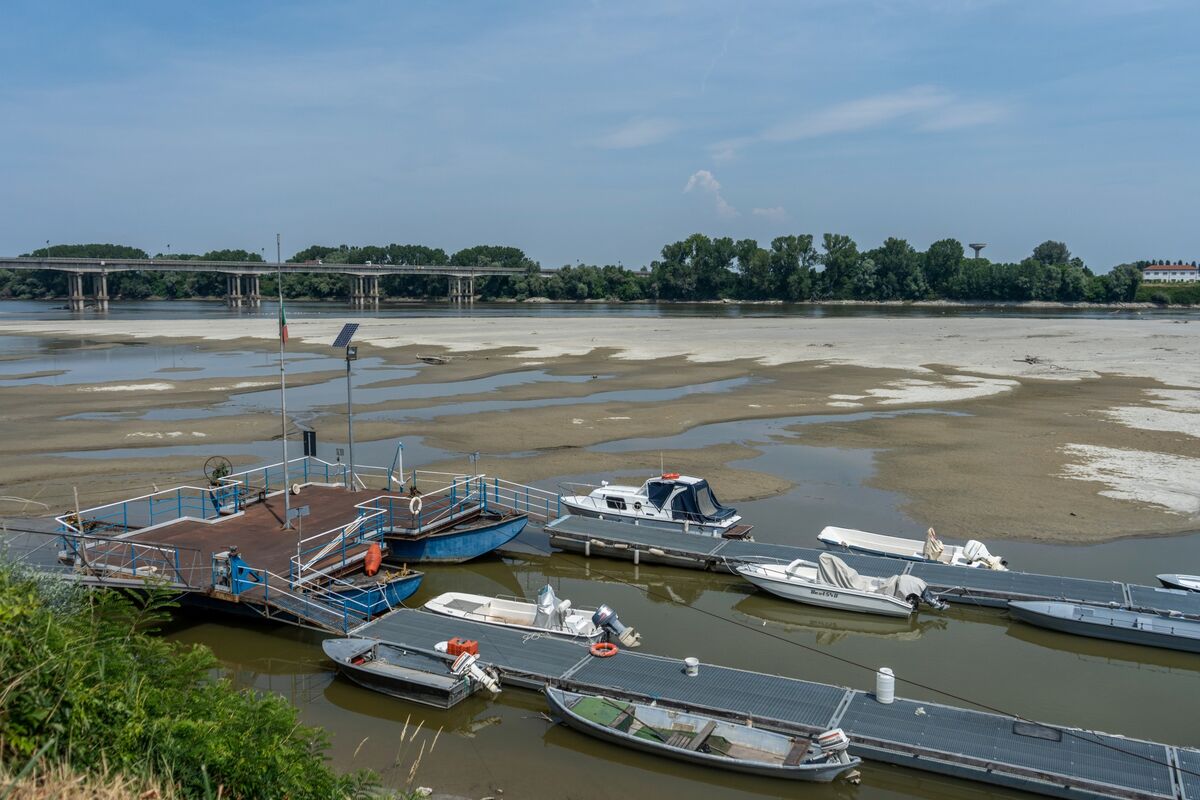 Rivers and lakes in central Italy have also recorded below-normal levels for this time of year, and the crisis has highlighted "the consequences of climate change on the peninsula," according to ANBI, which is responsible for managing irrigation water systems in the country. country.

The governors of the northern regions of Piedmont and Lombardy, where part of agricultural production depends on the Po River, said they would ask the government to declare a drought emergency in Italy.