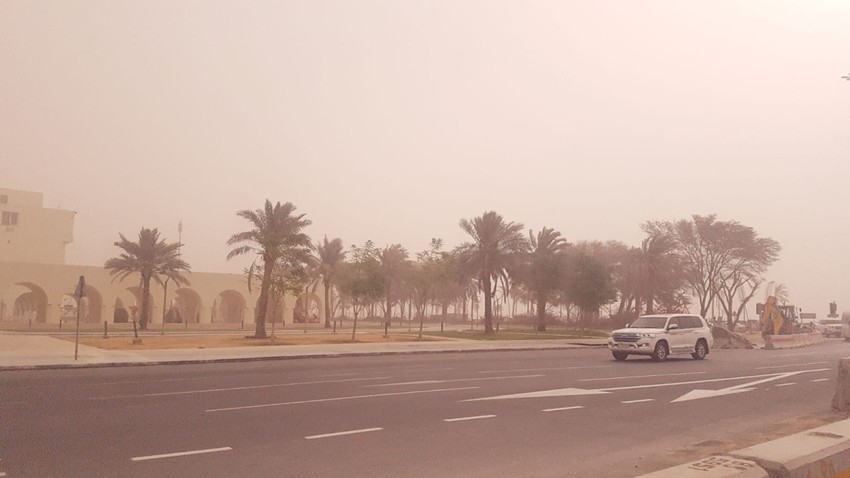 Arab Weather - Weather maps, through the Badr system developed by "Arab Weather", indicate expectations of renewed northwesterly winds in the coming days over the countries of the Arabian Gulf, including Qatar and Bahrain, which in turn lead to an escalation of dust in the atmosphere, especially in the interior, in addition to a ripple. The waters of the Arabian Gulf, especially on the coastal areas overlooking northern Qatar.

This atmosphere comes as a result of the placement of a hot and dry air mass over most of the regions of the Arabian Peninsula, especially the southern half of it (which leads to a deepening of the low temperature) in conjunction with the presence of another mass of less heat over Iraq and the north of the Arabian Peninsula, which leads to the formation of a large difference in the values of atmospheric pressure between those two regions Consequently, active winds blow over the entire Arabian Gulf Basin, including Qatar and Bahrain.