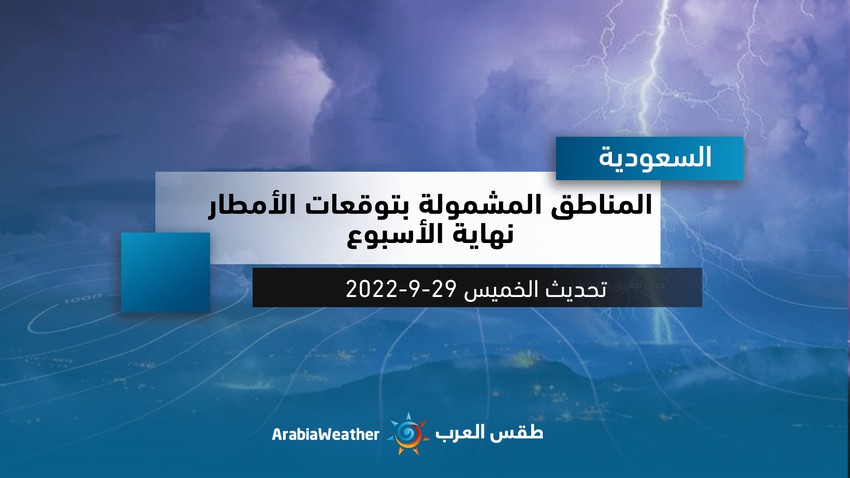 Arab weather - Sinan Khalaf - With the advent of autumn and the end of summer, the features of seasonal climatic changes began to appear in the region, with the beginning of a decrease in temperatures, and a decline in rainfall on the heights of southwest and west of the Kingdom of Saudi Arabia.

Despite the decline in the chances of monsoon rains in the southwest of the Kingdom, the opportunity will remain during the weekend for the emergence of some limited weather disturbances in parts of the highlands of Jazan and Asir.

It is expected that cumulus clouds "local in character" will form in separate parts of Jazan and Asir, accompanied by isolated showers of rain, which may be heavy in narrow ranges, and God knows best.