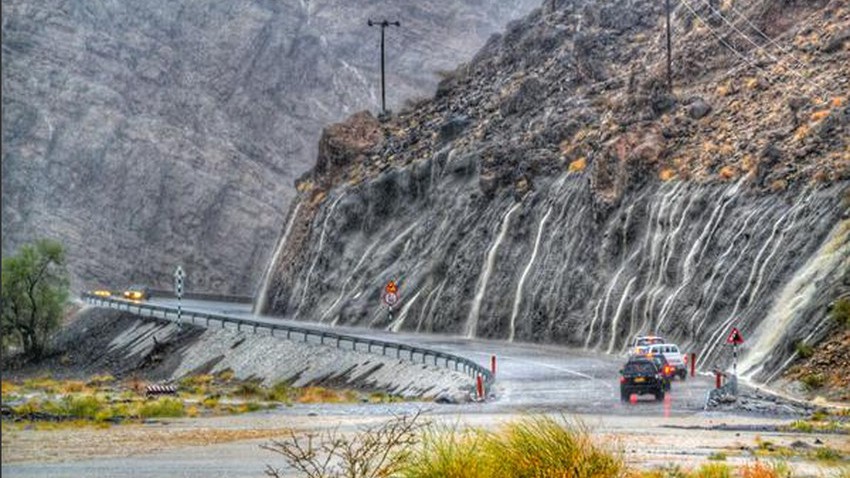 Weather of Arabia - The latest weather maps indicate that the Sultanate will be affected, starting from Tuesday, by a low air extension coming from the Indian subcontinent, which leads to the emergence of unstable weather conditions in many parts of the Sultanate, God willing.

Areas covered by rain forecast in the Sultanate on Tuesday

In the details, it is expected that the activity of local formations on the Al Hajar Mountains will expand on Tuesday, accompanied by rain of varying intensity, sometimes thunderstorms and accompanied by active downward winds, and extending with the afternoon and evening hours of the desert areas, coinciding with the activity of autumn clouds and drizzle falling on the coasts and mountains of Dhofar. 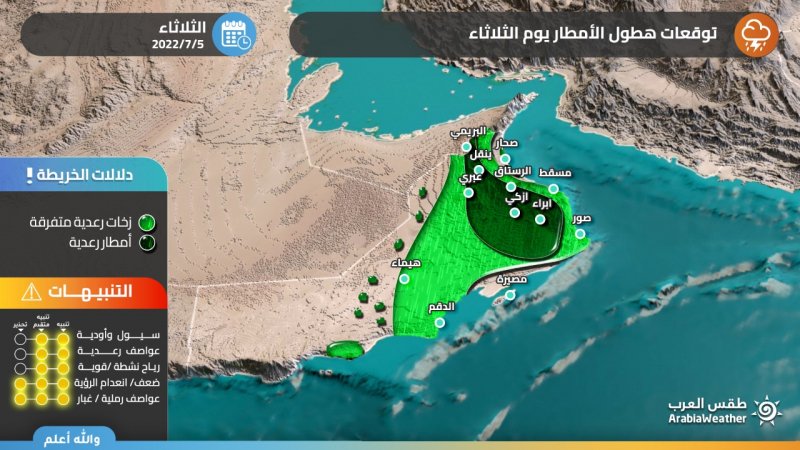 As a result of the approach of the depression to the atmosphere of the Sultanate, quantities of cumulus clouds flow over parts of the governorates of North Al Sharqiyah, South Al Sharqiah, Muscat, Al Wusta, Al Dakhiliyah and Al Dhahirah, and are accompanied by sporadic showers of rain that are sometimes heavy and accompanied by the activity of downward winds in some areas.