Sultanate of Oman | The monthly weather forecast for the month of Ramadan 2022 is issued.. full details inside 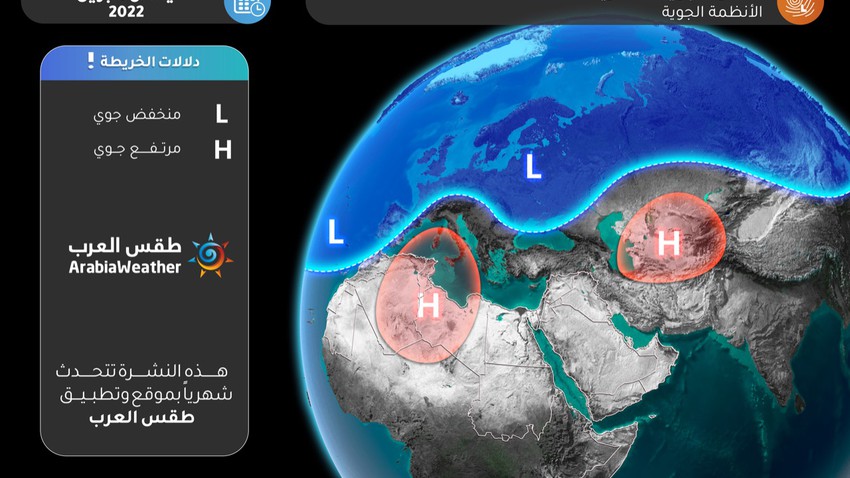 As for the second week, cold air masses continue to rush towards the western Mediterranean, away from the region, which means that the subtropical high rise continues to dominate the northern parts of the Arabian Peninsula, so temperatures are higher than their normal rates in large parts of the Arabian Peninsula, including the Sultanate of Oman, with the continued The weather is stable in the Sultanate. 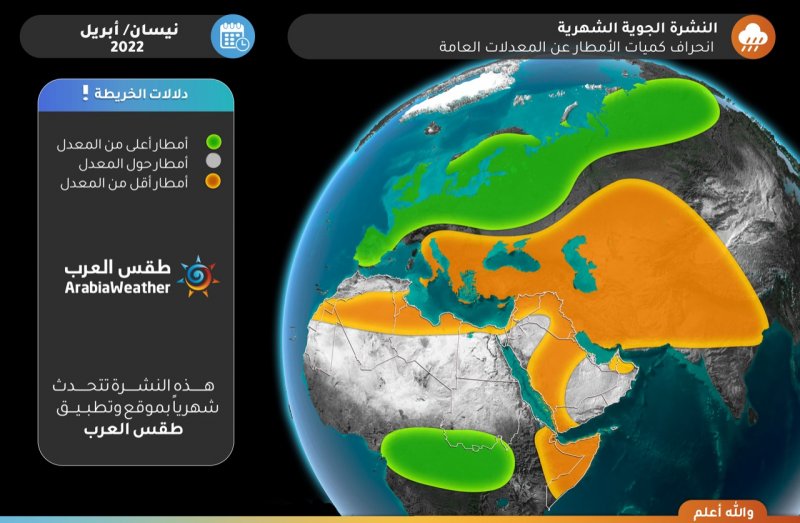 According to the issued air outputs, it is expected that the subtropical highlands will continue to dominate the atmosphere of northwest Arabia during the third week of the month, in conjunction with the flow of humid and warm southern winds and an extension of the Red Sea depression, resulting in the formation of cumulus and rainy clouds in the western and parts of central and northern Saudi Arabia, while The chances of rain are gradually improving in southern Saudi Arabia, and the chances of rain may affect parts of the Sultanate, God willing, with temperatures close to their normal rates in the Sultanate.

And the issued updates still suggest a change in the air system during the fourth week in the region, coinciding with a rush of less hot air masses from the north of the Arabian Peninsula and the Levant in particular, and this means lower temperatures in the north and northwest of the Arabian Peninsula, and temperatures prevail around their rates in general and naturally hot, With the improvement of rain chances in northern Iraq, southern Saudi Arabia and Yemen.

The atmospheric pressure in the Arctic Circle is expected to decrease during the first three weeks of the month, which is known as the positive Arctic Oscillation coefficient, in conjunction with a similar behavior in the behavior of the North Atlantic Index (NAO), which explains expectations of air contraction in higher latitudes and not rushing towards The south, i.e. the Mediterranean basin, and the significant and significant activity of the humid Atlantic winds towards the west and center of the European continent and later towards the Arab Maghreb, causing active weather disturbances in those areas at different periods, and these conditions combined, God willing, will work on the growth of the subtropical atmospheric height in the high layers of the atmosphere on The atmosphere in the north of the Arabian Peninsula, which means the rule of a climate that is warmer than usual in large parts of the Arab Mashreq, especially the northern parts of the Arabian Peninsula, while the temperatures are in a context close to their usual rates in the southern parts, meaning the Sultanate of Oman, the Emirates, Yemen and parts of southern Saudi Arabia . As for the last week of the month, it is expected that a relative rise in atmospheric pressure will occur in the North Pole, which means a break in the jet streams and allowing the temperate and less hot air to penetrate towards the eastern basin of the Mediterranean Sea, which will result in a decrease in temperatures in the north of the Arabian Peninsula, God willing. .

The tropical region of the Pacific Ocean is witnessing the dominance of the La Niña phenomenon, and it is expected that this phenomenon will continue to dominate during the month of April and the following months at a rate of more than 80%.

Statistically, this phenomenon is related to poor rain performance or the spacing and interruption of rain opportunities in general over the Arab Mashreq during the spring, and the dominance of semi-tropical air heights (from time to time) over northern Arabia and Egypt, but it is not possible to be certain about these results based on a specific weather phenomenon. , since the result, after the will of God, is the sum of dozens of atmospheric variables.

It is expected that the Indian Ocean polarity coefficient (IOD) will tend to rise, that is, it will move to a neutral pattern during the next month, which is the result of a rise in the temperature of the surface waters in the Arabian Sea, and this will result in an increase in the amount of water vapor entering the Arabian Peninsula and the emergence of conditions Unstable weather and precipitation, God willing, in the event that a depression in the high air layers approaches the Arabian Peninsula, and instability forms spring in nature.