Al-Faqqa..the most delicious and valuable type of desert fungus

The markets of "truffles" in the northern border region are witnessing a remarkable turnout these days, with the signs of spring and it appeared early this year in the deserts of the region. There are many types of truffles available in the markets, which is considered one of the most delicious and valuable types of desert fungi.

And truffles or truffles are wild mushrooms that grow under the soil in the form of a potato tuber, near a type of desert plant, close to the roots of huge trees such as oak trees. There is a small bubble the size of a hazelnut, and a large bubble the size of an orange, and it is usually used in a variety of dishes, due to its strong flavor, pungent aroma, and nutritional benefit.

The fruit of the truffle usually appears after the rainy season in Al-Wasm (which is the time before winter), so it is called in the heritage books "Bint Al-Raad".

Variation in the prices of truffles in the market

Truffle seller Fawaz Al-Aslami told Al-Arabiya.net that there is a great demand for truffles or truffles during this season, and the price of a box may reach 3,000 riyals.

Specialists said that the season is still in its infancy, and a kilo starts from 250 riyals to 600, depending on the size of each truffle, and larger quantities are expected during the month of February. On the other hand, it is expected that the truffle markets in Arar, Rafha, Turaif, Al-Aweqila and its affiliated villages will witness an active movement during the next few weeks. 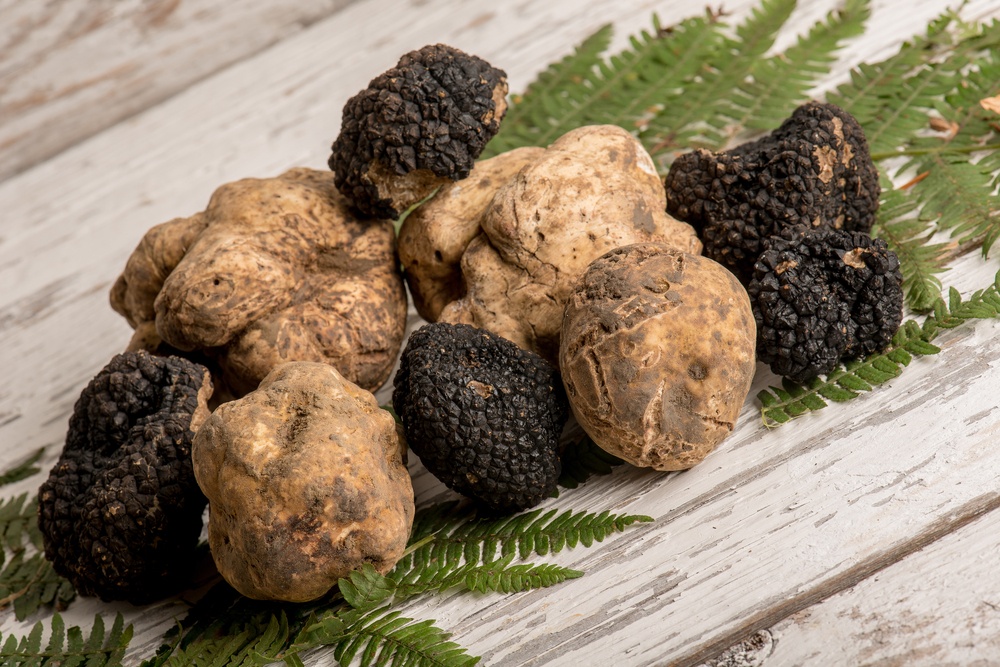 Types of truffles in Saudi Arabia

It is noteworthy that the search for truffles takes place in the second half of January of each year for sites where it rains, and they have special specifications.

The presence of truffles is inferred by the presence of a plant called al-Raqqa, which is around it with small trees. The truffle causes swelling in the ground, as evidenced by the researchers. Some people believe that truffles come out abundantly in the seasons when lightning and thunder abound, and it is rare and grows alone and is difficult to cultivate.

Also read: Where are the truffles found in Saudi Arabia .. Get to know them